Responding to Uttarakhand Chief Minister's tweet, PM Modi said this spirit of the devotees is going to inspire everyone for cleanliness of the pilgrimage places. 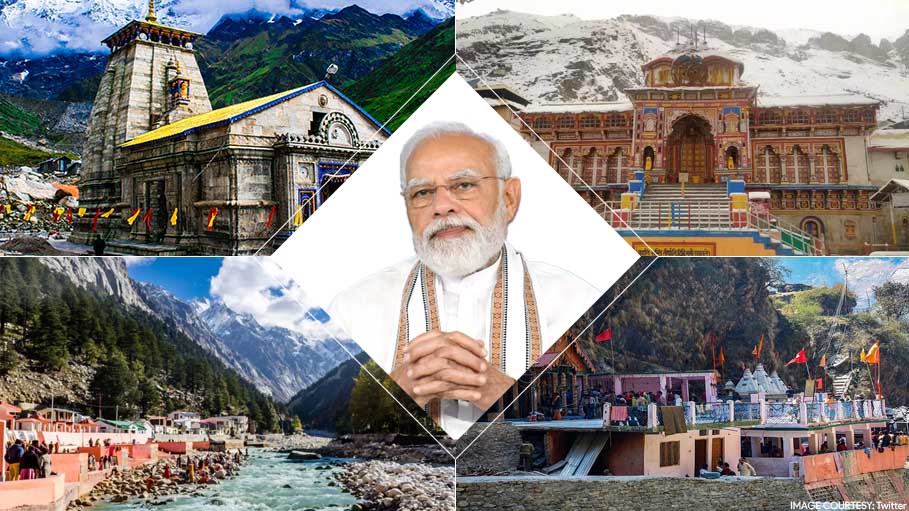 New Delhi: A day after he urged pilgrims visiting Char Dham to ensure cleanliness, Prime Minister Narendra Modi on Monday lauded the spirit of devotees to participate in the cleanliness efforts along with the government.

In a tweet, Uttarakhand Chief Minister Pushkar Singh Dhami said Prime Minister Modi had given the message of cleanliness to the pilgrims visiting Char Dham in the 89th Mann Ki Baat programme, which encouraged all the devotees to support the Swachh Bharat Abhiyan in collaboration with the government.

Mr Dhami also shared a video of devotees participating in cleanliness efforts. Responding to  Mr Dhami's tweet, the prime minister said this spirit of the devotees is going to inspire everyone for cleanliness of the pilgrimage places.

In his Mann Ki Baat radio broadcast, Mr Modi had said thousands of devotees are reaching every day at 'Char-Dham' and especially in Kedarnath.

"People are sharing happy experiences of their 'Char-Dham Yatra'. But, I have also seen that some devotees are also very sad because of the filth being spread by some pilgrims in Kedarnath. Many people have expressed their views on social media as well," he said.

Going on a holy pilgrimage and coming across a heap of filth there is not right, he had said.

"But friends, in the midst of these complaints, one is getting to see many good pictures too. Where there is faith, there is also creation and positivity. There are many devotees who are worshiping in the Dham of Baba Kedar, as well as performing the sadhna of cleanliness. Some are cleaning near the place of stay, while others are cleaning garbage along the travel route," he had said.