With the issuance of the presidential order, the BJP led NDA government has resorted to legal interpretations of the constitutional provisions to do away with the Article 370, which granted special and autonomous status to Jammu and Kashmir. 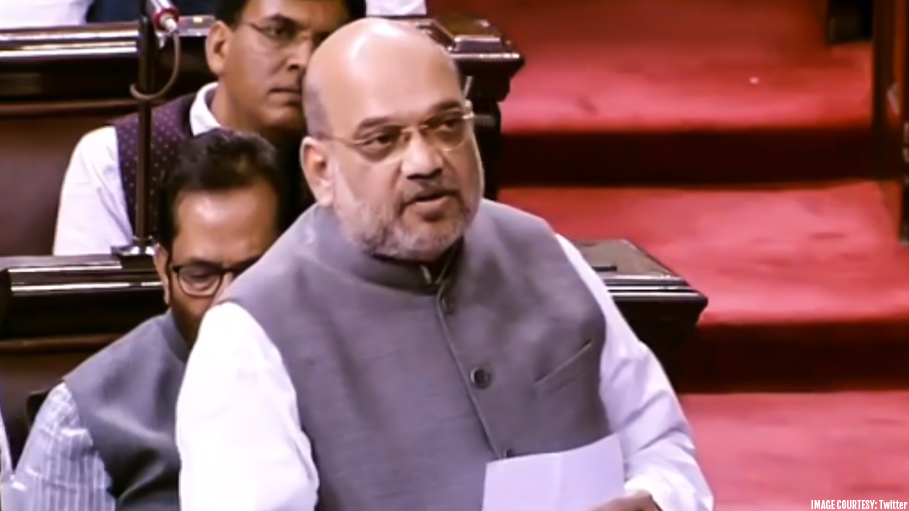 In the historic announcement amidst massive repercussions on Jammu and Kashmir, Union Home Minister Amit Shah in Rajya Sabha has announced that the government has decided to revoke Article 370 of the Constitution. Also, the government has decided to bifurcate the state into two union territories, Jammu and Kashmir with a legislature and Ladakh without a legislature.

With the issuance of the presidential order, the BJP led NDA government has resorted to legal interpretations of the constitutional provisions to do away with the Article 370, which granted special and autonomous status to Jammu and Kashmir.

The announcement in the Rajya Sabha was immediately followed by a massive uproar in the Upper House with opposition MPs protesting in the Well of the House.

Congress leader Ghulam Nabi Azad demanded a discussion on the unprecedented lockdown in Jammu and Kashmir is met. Though Home Minister Amit Shah intervened saying that he is willing to answer all questions on Jammu and Kashmir. Ghulam Nabi Azad said, “Entire valley is under curfew, political leaders including three former chief ministers are under house arrest. There is a war like situation in the state, so this should be discussed on priority”.

Meanwhile, Former Finance Minister Arun Jaitley hailed the decision of the government to remove Article 370 and showered praises at Prime Minister and Home Minister for correcting a historical blunder, he said, “A historical wrong has been undone today. Article 35A came through the back door without following the procedure under Article 368 of the Constitution of India. It had to go”.

As soon as Union Minister Amit Shah announced the revocation of Article 370, PDP chief Mehbooba Mufti who has been under house arrest since midnight took to tweeter to condemns the unliteral move as illegal and unconstitutional.

She tweeted, “Today marks the darkest day in Indian democracy. Decision of J&K leadership to reject 2 nation theory in 1947 & align with India has backfired. Unilateral decision of GOI to scrap Article 370 is illegal & unconstitutional which will make India an occupational force in J&K”.

As there is no elected government in Jammu and Kashmir at this time, the presidential order states that the Governor shall exercise the powers of the elected government and will express the will of the state legislature in making recommendations to the President in relation to the Article 370.