Monkey Offers Clues about the Origin of Language

Vervet monkeys found in the savannah of East Africa utter three distinct cries depending on whether they spot a leopard, a snake or an eagle. Leopard, snake and eagle are their three main predators. 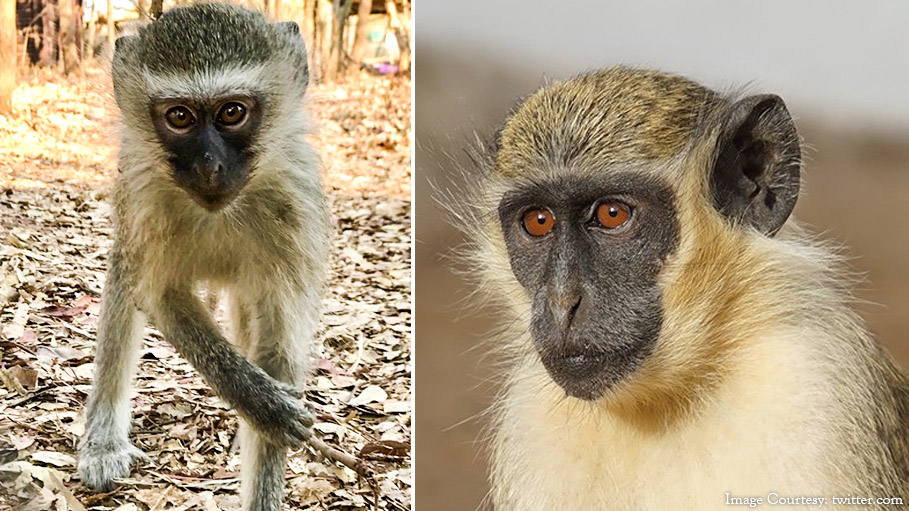 Green and vervet monkeys live on either side of Africa and their evolutionary paths have a large difference of about 3.5 million years ago, yet the two species of monkeys share a hard-wired vocabulary when they face any kind of danger, new experiments have revealed.

The new research, published on Monday also sheds light not only on how primates including human beings respond to the threats, but also how the language came into existence.

Vervet monkeys found in the savannah of East Africa utter three distinct cries depending on whether they spot a leopard, a snake or an eagle. Leopard, snake and eagle are their three main predators.

Fellow monkeys, who hear the cries but cannot see the danger, react accordingly, the leopard call sends them up of a tree, a snake call prompts them to stand motionless on two legs and the eagle cry makes them scan the sky while trying to seek shelter.

Thirty years ago a discovery of unique warning cries sparked debate, whether the cries were like primitive words. It also raised the question of where they came from. Did young vervets learn them through imitation or were the cries genetically imprinted?

These observations were then noted by Julia Fisher, head of the cognitive ethology laboratory at the German Primate Center in Gottingen, Germany and senior author of a study in Nature Ecology & Evolution.

To understand more deeply the play of language, Fisher and his colleagues set up an experiment with a community of green monkeys in Senegal.

Fisher and his colleagues found, green monkeys also emit specific danger calls for big cats and snakes and also react accordingly like their distant cousins across the continent.

The scientists tried another experiment using a drone. Fisher said, “We decided to bring in a drone and fly it over the green monkeys, to expose them to something potentially dangerous in the air that they had never seen before”.

The drone flew at an altitude of about 60 metres, when the monkeys spotted it, the response was immediate they started giving alarm calls and scurried for cover. The calls were similar to the eagle alarms of East African vervets. Fisher says, “despite 3.5 million years of evolutionary divergence, the call structure stayed essentially the same”.

The researchers are also trying to find out more about that the hard-wired monkey calls and the meaning attached to them. So far the investigation revealed that one thing is common, the calls are similar to noises that infant human baby makes.

The human beings have learned to move beyond this built-in vocabulary and produce new sounds, which are associated with new meanings. Thus the language originated and cultures prosper.