Brianna Ashanti Lofton, 20, the infamous mom of the smoking infant whose video went viral has been arrested by the Raleigh police and charged with child abuse and marijuana possession 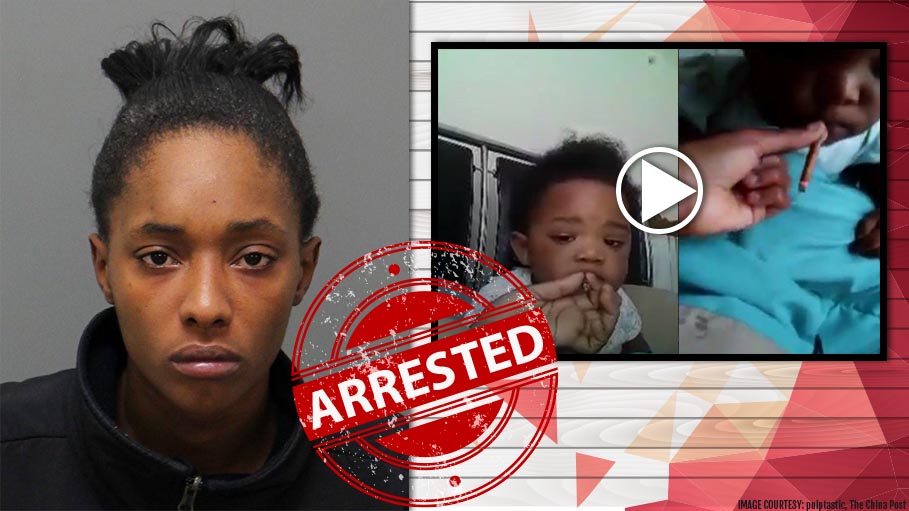 Brianna Ashanti Lofton, 20, the infamous mom of the smoking infant whose video went viral has been arrested by the Raleigh police. The video was viewed more than a million times on the social media. A user re-posted the video after he had received it from a friend in the hope that the person who made the infant do such a horrendous act would be identified and arrested. The 10-second clip that received 1.5million views, shows a hand apparently belonging to an adult, holding a cigarillo to the infant’s lips. The infant appears to be making baby sounds before inhaling and exhaling out the smoke from the cigarette. The police say the baby was trying to stop what was happening and the hand shown in the clip belongs to none other than the mom.

The horrifying footage received many hits and the people were upset with the mother and were worried about the child. The Raleigh police were alerted about the video and took quick action by arresting the mom of the infant. They tracked the mom in Raleigh, North Carolina and remanded to police custody. The child has been put under protective care.

Brianna Ashanti Lofton who lives with her mother and grandmother, was charged with two counts felony,child abuse and causing bodily harm and possession of marijuana. Apparently, Brianna has been on supervised probation and other cases are pending against her. There is also evidence that this incident has happened two times. Now there are more charges against her.

The Wake county judge has set a secured bond of $100,000 for the mother of the infant and she will not be allowed to have contact with the child. If she is convicted, she may face upto 17 years of imprisonment. Lofton was crying and tried to get the bond reduced.

What are the effects of smoking on an infant’s health?

Doctors feel that children who are exposed to smoke are at risk of developing lung related issues and there are higher instances of asthma and respiratory problems.

Dr. Mike Steiner, who is the Chief of the Division of General Pediatrics and Adolescent Medicine at UNC has stated that the first two years of life of an infant is crucial as brain development takes place during these years and exposure to marijuana could be life-threatening and dangerous.

The man named Rasheed Martin of Rochester from New York who shared the video is happy that the irresponsible mother is arrested and the child is in safe hands. He is happy that he was instrumental in helping the police apprehend the abusive mother. Rasheed had received the video from a friend and he wanted the mother to be caught for such an irresponsible act and this prompted him to re-post the video. He urged people to identify the woman and someone sent him a screenshot of her Facebook page.

The police are grateful to the public and appreciated their willingness to help apprehend the culprit. They posted a message on Facebook which stated, “Big thanks to everyone who posted information about the smoking mother and baby”. The message also said, “Thanks to your willingness to get involved, the child is now safe and the mother is in police custody.”