Elon Musk said last week that his bid to buy Twitter won't proceed unless he gets proof of the number of spam accounts plaguing the platform. 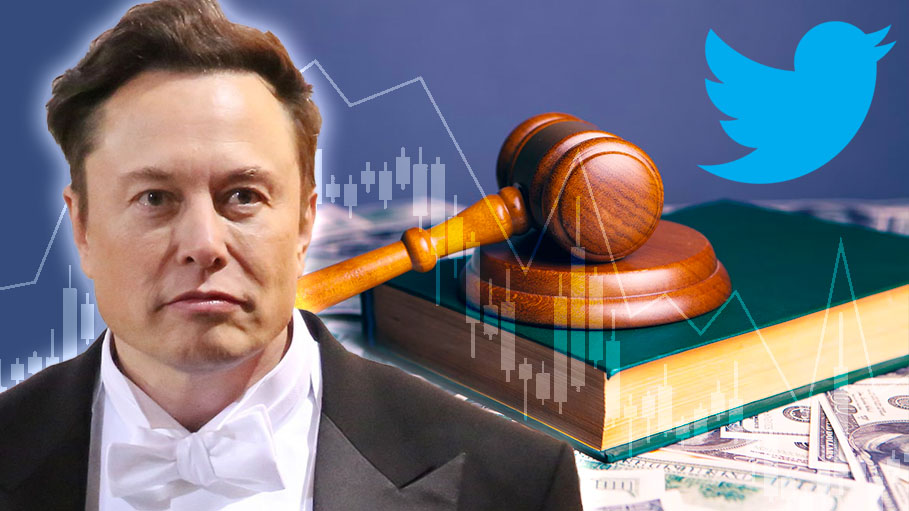 Elon Musk faces a lawsuit accusing him of pushing down Twitter's stock price in order to either give himself an escape hatch from his $44 billion buyout bid, or room to negotiate a discount.

The suit alleges the billionaire Tesla boss tweeted and made statements intended to create doubt about the deal, which has roiled the social media platform for weeks.

Filed Wednesday by a shareholder, the claim seeks class action status and calls on a federal court in San Francisco to back the validity of the deal and award shareholders any damages allowed by law.

Musk said last week that his bid to buy Twitter won't proceed unless he gets proof of the number of spam accounts plaguing the platform, adding more uncertainty to his roller-coaster pursuit of the platform.

Musk's tweet that the deal to buy Twitter was "temporarily on hold" defied the fact that there is nothing in the purchase contract allowing that to happen, the suit argued.

Musk negotiated his Twitter buyout in late April without carrying out due diligence expected in such megadeals, said the suit filed by William Heresniak of Virginia.

The resulting contract needed only to be approved by Twitter shareholders and regulators, and was to close by October 24 of this year, the suit said.

Musk was well aware that some Twitter accounts were controlled by software "bots" rather than real people, and had even tweeted about it prior to making his offer to buy the company, the suit argued.

"Musk proceeded to make statements, send tweets, and engage in conduct designed to create doubt about the deal and drive Twitter's stock down substantially," according to the complaint.

His aim was to gain leverage to get Twitter at a much cheaper price, or back out of the deal without suffering any penalty, the suit argued.

"Musk's market manipulation worked -- Twitter has lost $8 billion in valuation since the buyout was announced," stated the claim.

Twitter shares on Thursday closed slightly up at $39.52, in a sign of investor doubt the buyout will be consummated at the $54.20 per share that Musk originally bid.

"Musk's disregard for securities laws demonstrates how one can flaunt the law and the tax code to build their wealth at the expense of the other Americans," the court filing said.

Twitter has said in regulatory filings that it is committed to completing the takeover without delay at the agreed price and terms.