Chinese officials have made it clear that they would meet only 10 percent tariffs, while US President Donald Trump has announced nearly $200 billion in its imports with similar measures on $60 billion in the US products by China. 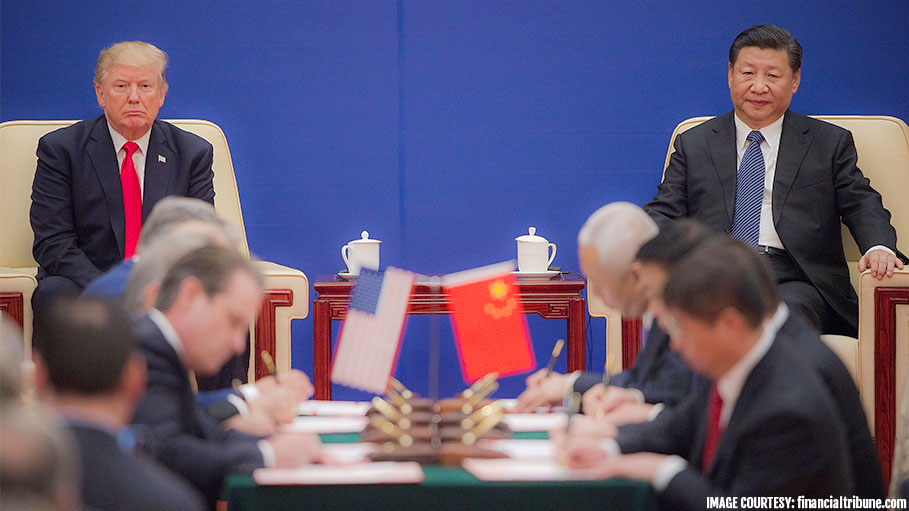 China has made it clear that it is going to retaliate US President Donald Trump’s recent declaration of the sanction on Chinese goods. In the last couple of months, the declaration of sanctions and tariff has created a block between the United States and China, which may also lead to economic cold war, alerts analysts.

By the end of this month, the United States and China would be imposing tariffs on each other over trade, which is going to exceed $635 billion annually affecting the economies of both the world power.

Chinese officials have made it clear that they would meet only 10 percent tariffs, while US President Donald Trump has announced nearly $200 billion in its imports with similar measures on $60 billion in the US products by China. Donald Trump has warned that if it occurs, he would immediately begin applying tariffs on all Chinese items entering the United States.

As things are going bad to worse with a commercial standoff, some analysts believe it’s the beginning of the economic cold war. Professor of Politics and International Affairs at Princeton University, Aaron Friedberg says, “We are probably talking about a world with two centers, a China-centered economic domain and another centered on the United States. It is heading toward a bifurcated global economy.”

Recently, the Foreign Ministry of China has said that it will respond to Trump’s latest round of trade sanctions with duties on more than 5,200 types of American imports, which includes medical instruments, industrial parts, and chemicals. Meanwhile, Donald Trump has promised to respond to Chinese retaliation with further tariffs on the remaining Chinese imports, which he himself has characterized as $267 billion or $257 billion worth of products.

In such a case, the fundamental of trade are reshaping the US and China’s commercial relationship which has grown significantly over four decades and now with this standoff and trade tariff, it would shake the global economy, shaking the financial markets, by reordering business supply chains and may even lead to the danger of military conflict, some thinkers believe.

Sagisu Bags $2.1 MN Funding From US Investors To Fuel Its India Growth