A former basketball player, Cornegy’s height was recorded as he lay down on the floor, as generally, it produces a greater measurement relieving pressure on the vertebrae. 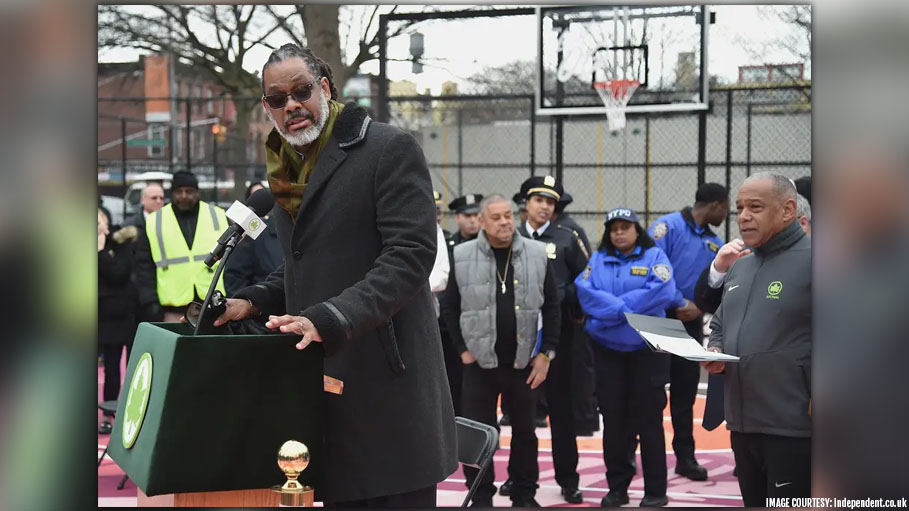 Robert Cornegy will receive the title at a special ceremony, coming week. Though it was not easy for Cornegy to get the title of the world’s tallest politician (male). As only after strict selection Guinness confers the title. He was asked to submit official height verification. As he said, “What I went through to get this measurement was borderline ridiculous. But I think it was worth it to bring that designation to New York and Brooklyn”.

He also went to his former trainer at St. John’s University, Guinness officials did not approve the tools his trainer used. He then went to the doctors at Interfaith, for measuring his perfect height.

A former basketball player, Cornegy’s height was recorded as he lay down on the floor, as generally, it produces a greater measurement relieving pressure on the vertebrae. They again recorded his height, while he was standing with his heels and shoulders against a wall.

After all this scrutiny, Guinness officials finally declared Cornegy is the official record-holder, beating London Politician Louis Gluckstein, who died in the year 1979, by two and a half inches.

Cornegy says, “When I first started this, I said there is no way I’m the tallest politician in the world. There must be an ambassador in Africa who is seven feet. But when I found out the previous record-holder was only 6 foot 7 inches, I had to give it a shot.”

Being tall also comes at a cost. Cornegy has paid a construction contractor to put his toilet at home on the eight-inch platform, as he says, “I want to see what it’s like for my feet to swing”.

His personal suits cost him $700 and stylish shoes at size 17, comes at the cost of at least $400. Most of the cars in the market are too small, so Cornegy has to use public transport from bus to metro. But if he couldn’t get a seat, it becomes a horrible ride for him.

53-year-old Robert Cornegy, who has a master’s degree in organizational leadership, while talking to constituents in the house has to stand back at least three feet to make it easier for people in the house to look up at him.

Cornegy, is now the chairman of the Housing and Buildings Committee, he has other goals in life to achieve. In 2017, he also ran for an election to become the speaker of the City Council, but he failed to garner enough support from people. Now he plans to run for Brooklyn borough president in 2021.

He now thinks that his new found world record will be going to inspire young people, as he says, “Being the world’s tallest politician shows you can make tremendous contributions to society, no matter how you look physically”.

New York also holds Guinness World Records for the most billionaires and for being the most Instagrammed city.