The recently spotted Mahindra XUV500 is still heavily covered in camouflage and was seen sporting temporary headlamps. The new XUV500 is expected to be launched sometime in second-half of 2020. 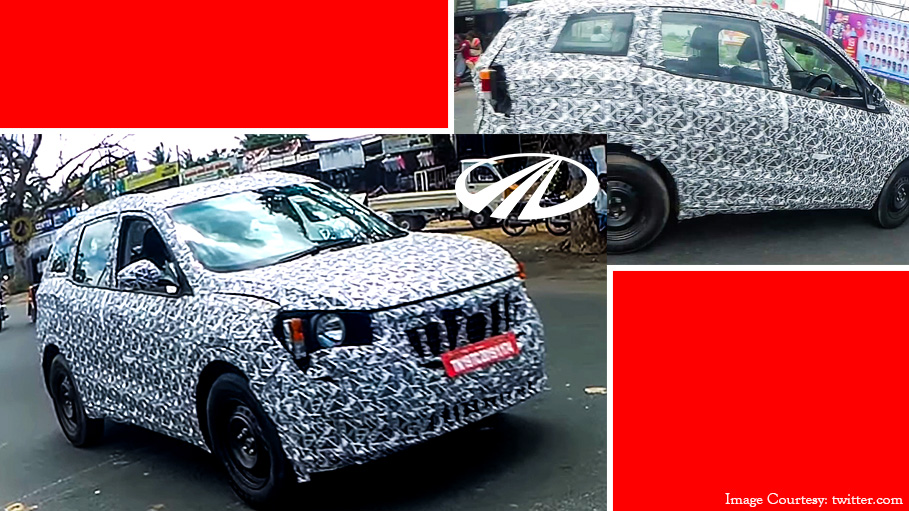 Images of a prototype model of the next-generation Mahindra XUV500 have surfaced online. We had previously shared some exclusive spy photos of the car in September, and from then, not much has changed in terms of the new XUV500's appearance. The test mule is still heavily covered in camouflage and is seen sporting temporary headlamps, which indicate that the SUV will be getting a major makeover, especially on the front section of the car. The next-gen Mahindra XUV500 will be BS6 compliant, and it's expected to be launched sometime in the second half of 2020.

One of the new images also gives us a glimpse of the cabin of the new-gen Mahindra XUV500, which is also heavily camouflaged. However, we do get a sneak-peek at the new steering wheel, which in this case is flat-bottom, and we also noticed that the SUV will get a new larger horizontal display for infotainment. Rest of the bits are completely covered to know anything more about the cabin. We also noticed that the new XUV500 will get new pull-out style door handles.

As for the exterior, the profile of the SUV reveals that the new XUV500 will come with boxy proportions with a flat bonnet, with large rear overhangs, and slightly sloping roofline. The prototype model is seen with steel wheels, along with larger windows, and new ORVMs. Although we do not get to see the rear section here, the SUV is likely to feature a new tailgate with new LED taillamps and rear bumper.

It's too soon to comment on the technical specifications of the new-gen Mahindra XUV500, but, the SUV is likely to get BS6 compliant 2.0-litre diesel engines and the platform on which the new-gen XUV500 is built, will be shared by Ford as well. Possibly, there might also be a petrol engine on offer.