The arrest of Nirav Modi came as a shot in the arm for the BJP before the general elections. As the ruling BJP is under the attack of opposition parties including the Congress on such financial scams. 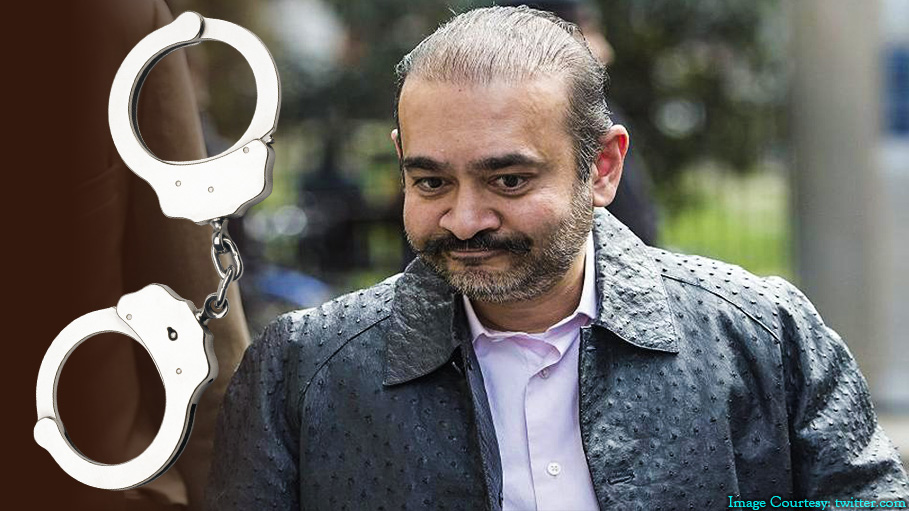 Fugitive diamantaire Nirav Modi has been finally arrested in London. He was picked up from a metro station Holborn in central London yesterday. After the arrest, he is being produced in the Westminster Magistrate’s Court. Nirav Modi is wanted in the 13,000-crore Punjab National Bank scam. His arrest is seen as a big achievement for India.

India has requested the UK for his extradition, following which British home secretary Sajid Javid certified India’s request to extradite him to face the charges of financial irregularities including that also include the Punjab National Bank scam.

With the arrest, the first stage of the legal process for his extradition to India has also been initiated. As the court has issued the arrest warrant on the behest of home secretary Sajid Javid, it is believed that the court is satisfied that there are reasonable grounds to believing that the conduct which is described in the request is an extradition offence.

Though the extradition from the UK is believed to be a long drawn legal process. As it is happening in the case of fugitive liquor baron Vijay Mallya, who fled to the UK in 2017 as banks tried to recover loans of Rs. 9000 crore from him. The UK has approved Vijay Mallya’s extradition recently, but the matter is still pending in the Home Office.

The arrest of Nirav Modi came as a shot in the arm for the BJP before the general elections. As the ruling BJP is under the attack of opposition parties including the Congress on such financial scams. The Congress has even accused Prime Minister Narendra Modi of supporting industrialists including Nirav Modi and his uncle Mehul Choksi.

After the arrest, Union Minister Hardeep Puri tweeted, “You can run, but cannot hide from the country’s #Chowkidar. As wheels of justice grind, after Vijay Mallya, fugitive Nirav Modi has been arrested in London. Clear sign that this is not the India, which will allow economic offenders to loot the country & evade the long arm of law”.

National Conference chief Omar Abdullah reacted and tweeted, “It’s amusing to see the BJP falling over itself to credit the PM with the Nirav Modi arrest while completely ignoring the fact that it was The Telegraph of London & it's correspondent who found Nirav Modi, not the PM & his agencies”.

In London, Nirav Modi is believed to be staying at a 33-storey Centre Point Apartment complex in West End. Last month, he was seen in the streets of London, walking around wearing an expensive ostrich-hide jacket.

A reporter of The Telegraph spotted him, Nirav Modi though avoided all his questions with a “no comments” but was video graphed. The journalist later filed a detailed report where he wrote that Nirav Modi has started a diamond business in Soho after acquiring necessary legal permits.

The 48-year-old billionaire diamantaire Nirav Modi had fled India last year, few weeks before the Rs. 13,000 crore fraud with Punjab National Bank came to light. His uncle Mehul Choksi is also wanted in the case but he has been successful in obtaining citizenship of Antigua and Barbuda.