Kim has promised to complete the denuclearization of the Korean peninsula, in his two meetings with Moon and also during his summit with US President Trump, but no one has indicated how to implement the commitment. 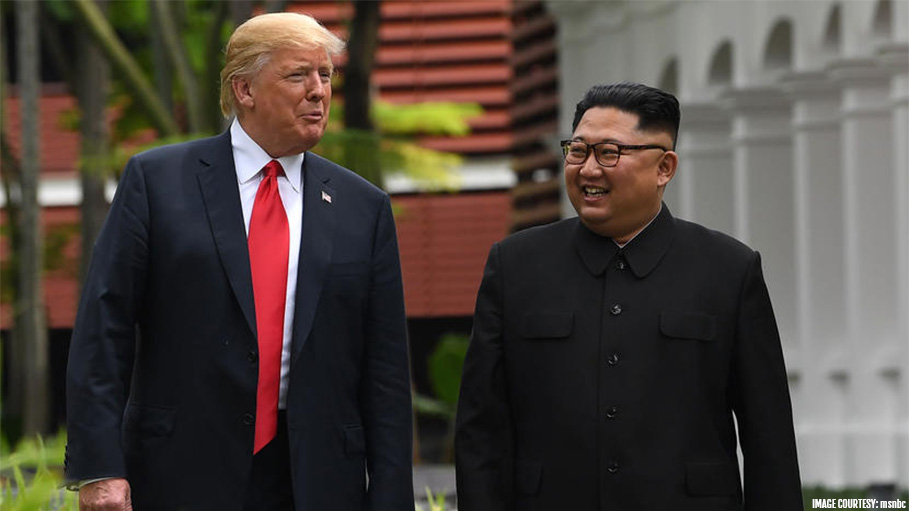 In order to fasten the denuclearization process, North Korea’s Kim Jong-un wants a second summit with US President Donald Trump, as indicated by South Korean President Moon Jae-in, who has just completed a 3 day trip to North Korea.

Kim who has proposed the idea of meeting with Trump to formally declare the end of the 1950-53 Korean War. South Korean President Moon Jae-in at a Press conference after his return from Pyongyang said, “Chairman Kim expressed his wish that he wanted to complete denuclearization quickly and focus on economic development. He said he hoped (US Secretary of State) Mike Pompeo would visit North Korea soon, and also a second summit with Trump would take place in the near future, in order to move the denuclearization process along quickly”.

Though it is a known fact that time and again Kim has promised to complete the denuclearization of the Korean peninsula, in his two meetings with Moon and also during his summit with US President Trump, but no one has indicated how to implement the commitment, which both the countries have publicly, announced.

Immediately after the summit, the US started to demand concrete action from North Korea in the form of full disclosure of its nuclear and missile facilities, without agreeing on North Korea’s term and goals which include easing of international sanctions on the country and to officially declare the end of the Korean War.

Moon though have said, that the declaration of the end of the nuclear war would not affect the presence of US troops and the United Nations Command in South Korean. He said, “It would be a political declaration that would mark a starting point for peace negotiations. A peace treaty would be sealed, as well as normalization of North Korea-US relations, after the North achieves complete denuclearization.”

Meanwhile reacting on the recent moves, US secretary of state Mike Pompeo has said that the United States is ready to restart negotiations with North Korea, so that denuclearization of North Korea is completed by 2021.

Mike Pompeo has welcomed the reaffirmation by Moon and Kim to complete denuclearization of the Korean Peninsula, which also includes the dismantling all nuclear facilities at Yongbyon in the presence of the representatives from the United States and International Atomic Energy Agency (IAEA) inspectors.

Pompeo said, “this will mark the beginning of negotiations to transform the US-DPRK relations through the process of rapid denuclearization of North Korea, to be completed by January 2021, as committed by Chairman Kim, and to construct a lasting and stable peace regime on the Korean Peninsula”.

It was during the Singapore summit, that US President Donald Trump and North Korea’s Kim has agreed in broad terms to work towards denuclearization of its nuclear facilities. But, over the months there has been no progress without any specific timeline to complete the task. Meanwhile, Pompeo abruptly canceled the trip to North Korea in the month of August, which also led to rumors that the relationship between the two countries has turned sour.