According to the chief minister of Kerala, Pinarayi Vijayan, the water in dams is not posing a threat so far. 1551 relief camps have been set up in which 2.61 lakh people are camping. 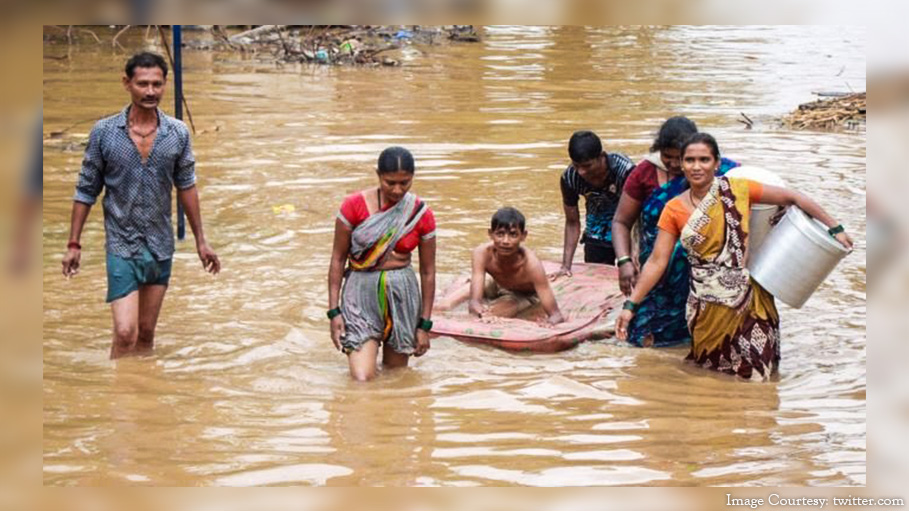 The death toll in the flood-affected state of Kerala has now touched 70. According to the latest reports, 18 people died in Malappuram, 15 in Kozhikode and 10 in Wayanad. It is being said that the death toll is likely to increase as rescue operations continue further. Wayanad, Kannur and Kasargod continue to remain in the high-risk zone even though the rain has subsided in these areas.

Currently, landslides continue to pose a threat to life. Wayanad and Malappuram are the most affected districts due to these landslides. It is being feared that many people are still trapped under debris and mud and rescue operations are working hard to rescue these people. 22 roads have been damaged in the northern districts according to rescue agents. There is no power in several districts as water levels have affected sub-stations.

According to the chief minister of Kerala, Pinarayi Vijayan, the water in dams is not posing a threat so far. 1551 relief camps have been set up in which 2.61 lakh people are camping. Rahul Gandhi has reached Kozhikode to review the situation in the state. He will visit Wayanad and Malapuram on Monday. The flood situation, however, seems to be easing out in this state.

The flood situation in Karnataka is also grim. According to Chief Minister BS Yediyurappa, 30 people have lost their lives in the flood and 2 lakh people have been evacuated in the state. Union Home Minister- Amit Shah has conducted an aerial survey of the state. After holding a meet with rescue officials he said that necessary steps will be taken by the state and the centre and to help those affected. Over 100 people have been killed and lakhs have been dispersed by floods that affected states like Maharashtra, Karnataka and Kerala over the past one week. At least 5,375 NDRF personnel have been sent to these states for rescue operations. The states are also seeking the assistance of the army, navy, airforce and local police in the worst affected states.