The UN's cultural agency on Friday said it had confirmed that at least 53 Ukrainian historical sites, religious buildings and museums had sustained damage during Russia's invasion of the country. 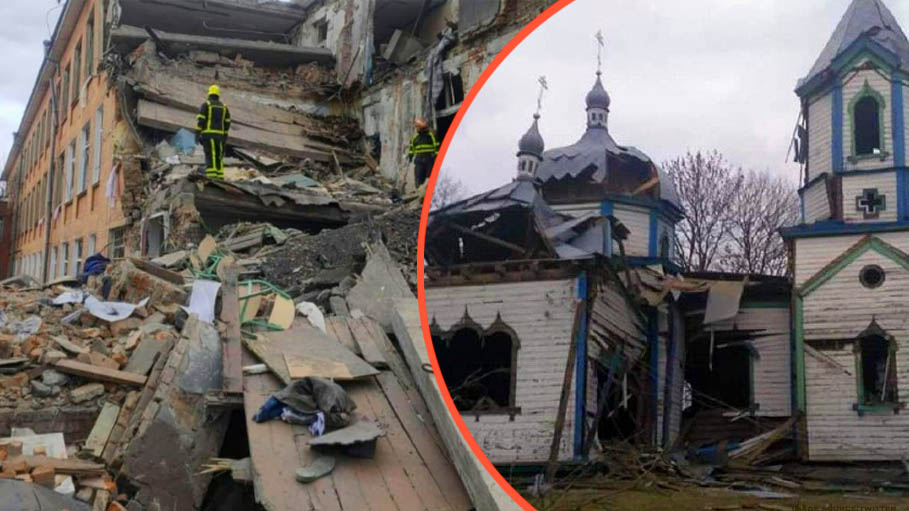 Paris: The UN's cultural agency on Friday said it had confirmed that at least 53 Ukrainian historical sites, religious buildings and museums had sustained damage during Russia's invasion of the country.

"This is the latest list but it is not exhaustive as our experts are continuing to verify a number of reports," filed by the Ukrainian authorities, a UNESCO spokesman told AFP as the body published a list of the 53 damaged sites in the north and east of the country.

The spokesman said UNESCO used satellite images and witness reports from the scene to verify the information provided by the Ukrainian authorities.

The sites UNESCO says have been damaged include over a dozen in the eastern Kharkiv region that has been intensely hit by Russian fire, ranging from churches to more modern heritage sites.

Five are in the capital Kyiv while another five are in the Chernihiv region of northern Ukraine which is home to a cluster of historic sites.

UNESCO said overall 29 religious sites, 16 historic buildings four museums and four monuments are confirmed to have been damaged in Ukraine.

The list does not include information from the besieged city of Mariupol or the city of Kherson which was captured by Russia.

None of those confirmed damaged are on the list of UNESCO World Heritage sites in Ukraine, such as the Saint-Sophia Cathedral and monastic buildings of the Kyiv-Pechersk Lavra in Kyiv.

However the historic centre of Chernihiv is on the Tentative List, meaning that Ukraine wants it considered for World Heritage status.

In a letter sent on March 17, a copy of which was obtained by AFP, UNESCO Director General Audrey Azoulay reminded Russian Foreign Minister Sergei Lavrov's of Russia's obligations to protect cultural heritage during conflict under an international convention.

"Any violation of these norms will see the perpetrators brought to international responsibility," she said, adding that UNESCO would be watching closely the state of cultural heritage in Ukraine.

Ukraine's culture ministry on Friday weighed in on the same subject, saying it has recorded 135 instances of Russian troops committing crimes against Ukraine's cultural heritage since the war started, the Interfax-Ukraine news agency reported.

The agency said the crimes included destroying a local history museum in the Kyiv region, bombing of a drama theatre in Mariupol, a southern port city besieged by Moscow for nearly a month, and damaging a Holocaust memorial in Kharkiv in eastern Ukraine.