In a recent interview to Hindustan Times, when she was asked about which actress would she like to portray her life on the big screen, Deepika was the apt answer. 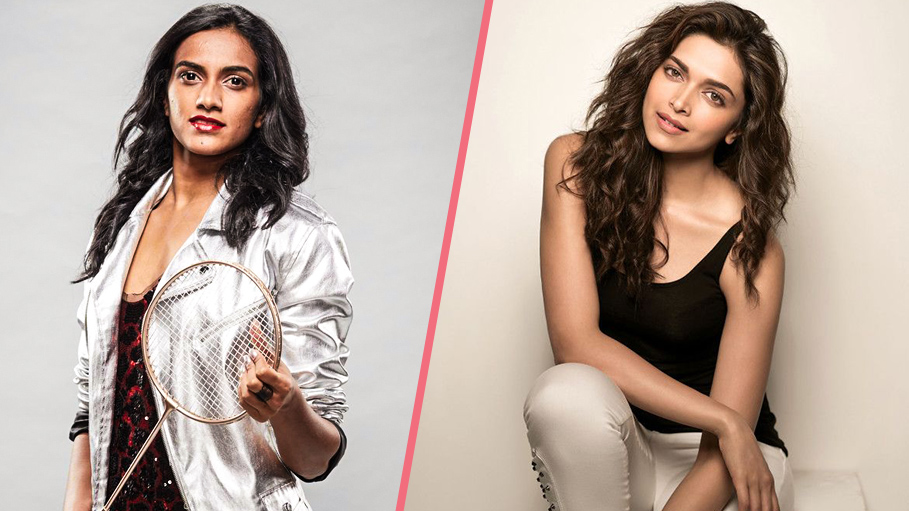 We are sure that Badminton Champion P V Sindhu has many things lined up after her historic win at the BWF championship 2019 and one of them is her biopic. Currently, talks about Sindhu’s biopic is doing the rounds on the internet. The international player is not only happy about the subject but she also has a person in mind that she would like to portray her part and we must say that her choice is spot on. It is ‘Padmavat’ actress- Deepika Padukone.

In a recent interview to Hindustan Times, when she was asked about which actress would she like to portray her life on the big screen, Deepika was the apt answer. “Would definitely want Deepika Padukone to play the character. She had played the game and is a good actor too. But then the makers would take the final decision and I trust their decision.”

Sindhu is quite clear about her choice and she has good enough reasons to back it. Being a former National Level Badminton Player, Deepika’s experience of playing the sport will only add value to the character. The movie is going to be directed by Sonu Sood. There are also talks that the role of Sindhu’s coach Pullela Gopichand will be played by Akshay Kumar however this news is not confirmed yet as developments are still underway.

We are sure that Deepika for her part would also love to portray the Badminton Champion coming from the same sport background herself. Not only Deepika, albeit most of her family members are into sports. Her father Prakash Padukone is a former Badminton Champion who held the number one position in the world in 1980. Deepika’s sister Anisha Padukone is also a golfer.

We hope Sindhu’s dream of Deepika playing her character would come true someday. As of now, India’s golden girl is on a roll and savoring every moment of her recent historic win. P V Sindhu has made India proud on several occasions and it is high time we pay her back in the form of a wonderful biopic on her incredible journey.