Pakistan Has Nuclear Bombs as Small as 150-250 Grams

Railways Minister Sheikh Rasheed Ahmad, a known motor mouth, told reporters in Nankana Sahib in Punjab province that, “Pakistan has as small as 125-250-gram atom bombs also, which may hit (and destroy) a targeted area”. 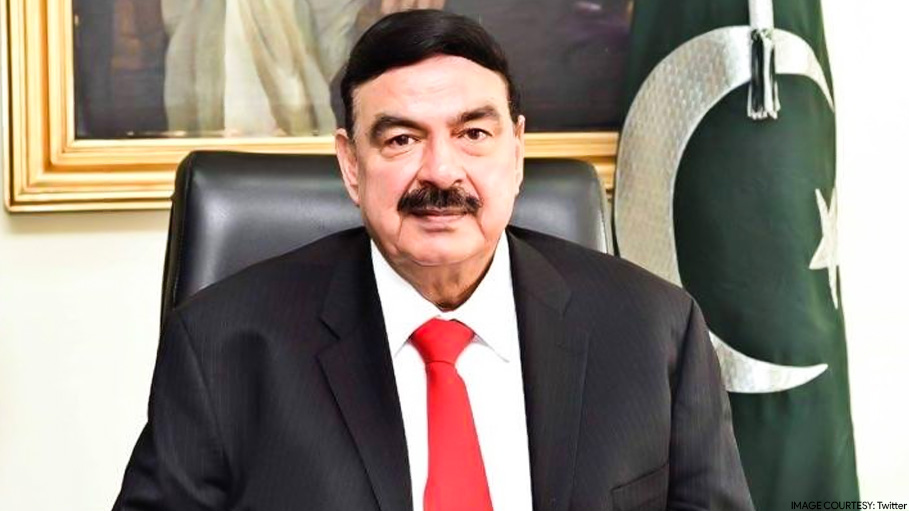 Amidst fresh tensions between India and Pakistan over Jammu and Kashmir, a Pakistani Minister with important cabinet claim that Pakistan only has tactical nuclear weapons, which are as small as 125-250 grams and which are capable of destroying only targeted area, this speaks clearly of Pakistan’s state of affair on its high claims about its nuclear power.

Pakistan’s Prime Minister Imran Khan’s recent plot to play defensive, when he said they’ll not use nuclear weapons until and unless provoked by India is later simplified by his Railways Minister Sheikh Rasheed Ahmad, a known motor mouth, when he told reporters in Nankana Sahib in Punjab province that, “Pakistan has as small as 125-250-gram atom bombs also, which may hit (and destroy) a targeted area”.

He also said, the Line of Control with India and other bilateral accords with New Delhi had been ended by Pakistan after India revoked Jammu and Kashmir’s special status. He alerted India by saying India should avoid a war with Pakistan, lest it proves the last one between the two nuclear-armed countries.

The self-humiliating comments of the Minister came at a time Pakistan Prime Minister Imran Khan has been harping on the possibility of a military confrontation between the two nuclear-armed countries over the Kashmir issue.

The minister, who suffered an electric shock recently, also said that if a war were imposed on Pakistan, India would be divided into 22 parts, while speaking at a rally.

According to Rasheed, India has committed two blunders, firstly, by conducting atomic explosions with the wrong perception that Pakistan would not do so and secondly, by scrapping the special status of Kashmir on August 5.

The railways minister also cancelled the Samjhauta Express and Thar Express trains between the two countries after India’s decision on Kashmir, said only result-oriented dialogue could be started with New Delhi. As he said, “a dialogue is possible if India takes a step towards resolving the Kashmir issue as per the United Nations resolutions”.

He claimed that the government of Pakistan and all Opposition parties were united on the issue of Kashmir. Rasheed said while Pakistan was following the policy of peace, India had adopted an aggressive strategy.

Pakistan raising the nuclear issue frequently has not gone well with India, the Indian External Affairs Ministry spokesperson earlier this month noted that Islamabad would like to project a ‘panic situation’ in South Asia. The MEA Spokesperson on August 9th said, “From their side, they would like to project a panic situation, the international community does not think there is a war like situation. It is a ploy to deflect attention”.

Tensions between India and Pakistan have escalated after New Delhi revoked Jammu and Kashmir’s special status and bifurcated it into two union territories on August 5.

Reacting to India’s move on Kashmir, Pakistan tried almost everything like downgrading its diplomatic ties with New Delhi, first by expelling the Indian High Commissioner in Islamabad. They took the matter to the United Nations, where it has to suffer major set back as most of the countries backed India saying Kashmir is a bilateral issue.