Former Pakistan Prime Minister Imran Khan on Sunday blamed the country's military establishment for the ongoing crackdown on the Pakistan Tehreek-i-Insaf (PTI) that has escalated tensions in the country and raised the risk of large-scale unrest. 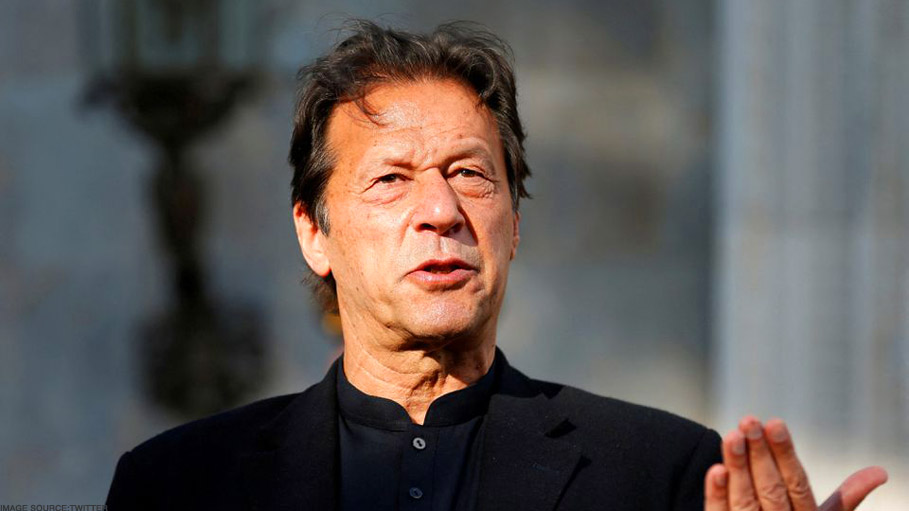 Islamabad: Former Pakistan Prime Minister Imran Khan on Sunday blamed the country's military establishment for the ongoing crackdown on the Pakistan Tehreek-i-Insaf (PTI) that has escalated tensions in the country and raised the risk of large-scale unrest.

"On May 25, when the police used violence against us, I was told by insiders that the police were ordered from above, which means that neutrals pressurised them to give PTI workers a thrashing," Dawn newspaper quoted Khan as saying at a political gathering in Rawalpindi's Liaquat Bagh.

He slammed the Pakistan military and even asked whether the "neutrals were really neutral", a term he uses to allude to the military establishment.

Tensions continue to rise in Pakistan after the arrest of PTI leader Shahbaz Gill, who the party leaders allege was allegedly tortured by the Islamabad police.

Gill, a close aide of Imran Khan, was arrested on August 9 after he made controversial remarks against the Pakistan army on television that were deemed as "highly hateful and seditious" by the country's media authority.

Imran Khan said that the Islamabad police were not responsible for the torture of his aide Shahbaz Gill. "They are also pointing fingers towards you... whenever anything wrong happens in Pakistan, you are blamed for it," the PTI chief was quoted by Dawn.

Imran Khan said he wanted to ask the powers-that-be if "they were neutral or not".

On Sunday, Imran Khan was booked under an anti-terror law for allegedly threatening the additional sessions judge of the federal capital, thereby, escalating the rift between the country's coalition government and supporters of the former Prime Minister.

Amid the looming threat of arrest on the former Pakistan PM, PTI has drawn their "red line", warning about severe consequences if the government attempts to arrest Imran Khan.

After reports started making rounds of his possible arrest on Sunday night, a number of supporters converged on Imran Khan's Bani Gala residence.

Addressing the media, another senior PTI leader Shah Mahmood Qureshi informed that he has told their party activists to remain prepared and wait for the party's call for protest in case of Imran's arrest.

Qureshi warned that Pakistan Prime Minister Shehbaz Sharif and Asif Ali Zardari will be responsible for the consequences if any untoward move was made. "I was told that the street lights of Bani Gala have turned off," he was quoted as saying by Pakistan media.

"We have to continue our political struggle within the constitutional and legal boundaries," the former federal minister said as he warned the incumbent government of severe consequences.

Pakistan Interior Minister Rana Sanaullah said earlier that Imran Khan should get ready to face the law as he verbally threatened the IG, DIG and Magistrate.