The historic decision to allow a driving license was taken almost immediately, when Laila Ali was caught without license. 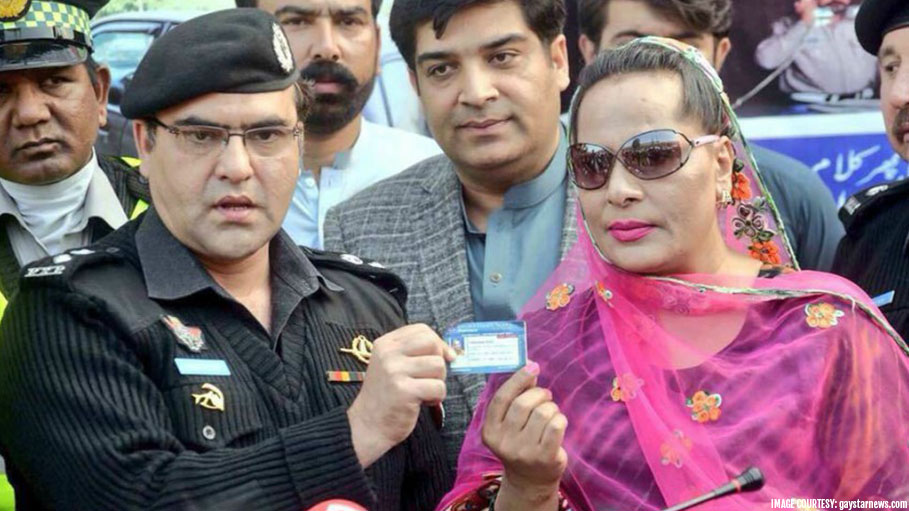 The historic decision to allow a driving license was taken almost immediately, when Laila Ali was caught without license, she spoke to the police chief of Islamabad and informed him of the issues and problems, including victimization by police, faced by the community members in the national capital as they were never considered for driving license because of their sexual orientation.

During the discussion, the police chief assured her that he will try to address the grievances of the transgender community of the city and offered to issue her a driving license, when he learnt that she has been regularly driving without a license for 15 years.

Describing the sequence of events, Laila says, “When he offered me a license, I agreed on the spot as I have wanted a driving license for so long”, adding that the IGP called the senior superintendent of police (SSP) traffic and asked him to make necessary arrangement and issue her a driving license.

The Islamabad Police issued her the license after she passed all practical driving tests. Laila is the president of the Rawalpindi-based Awaz Shemale foundation, which advocates the cause of Transgender community and has learnt driving from her father in 2000.

After receiving the driving license, Laila Ali was delighted and said, “Today I am happy after getting the license. This development will pave way for other members of my community. My father taught me driving in the year 2000 and since then I’ve been driving a vehicle”.

On the orders of Supreme Court of Pakistan, Laila Ali was issued a national identity card with gender marked ‘X’, which she believes is a stepping stone for the transgender community in the country. But she has also raised concern that inspite of all these progressive developments in the country there are administrative logjam. Laila says her NGO looks after some 200 transgender women, all of whom are driving cars without a license. She thus asks, “How will we make driving licenses when we face so many problems in making a Citizen National Identity Card (CNIC)”.

Pakistan has an estimated population of 5,00,000 transgenders. In May this year, the Parliament of Pakistan has passed the Transgender Persons (Protection of Rights) Act, which ensures broad protections for the community members in the country.