Sharif, sworn in Monday after Khan was ousted by a no-confidence vote in parliament, is still finalising his cabinet but has called for "Pakistan speed" to hurry along development projects and fix the economy. 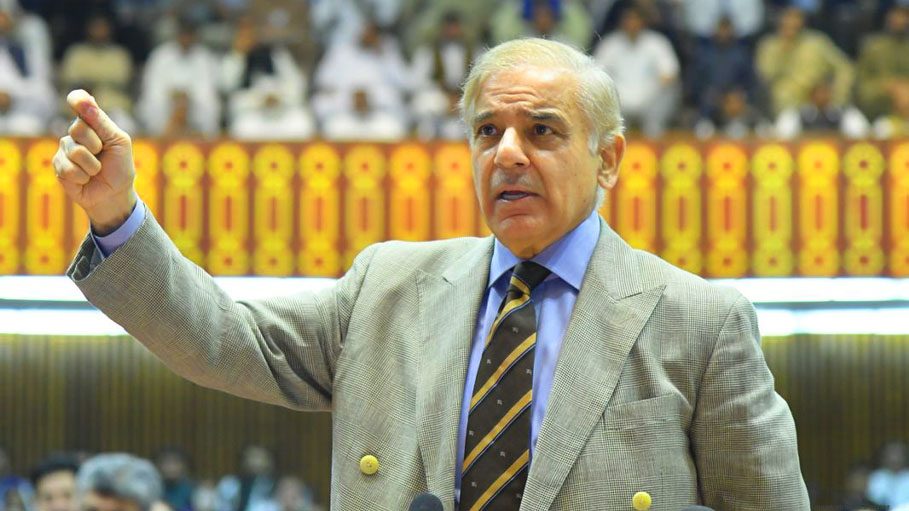 Islamabad: Pakistan's new Prime Minister Shehbaz Sharif said Thursday the country's economy had stagnated under his predecessor Imran Khan, setting the tone for possibly months of bitterness before an election that must be held by October next year.

Sharif, sworn in Monday after Khan was ousted by a no-confidence vote in parliament, is still finalising his cabinet but has called for "Pakistan speed" to hurry along development projects and fix the economy.

On Thursday the 70-year-old notorious workaholic visited a metro bus project in Rawalpindi and complained about the pace of infrastructure development.

"Almost all sectors of economy remained stagnant under IK," he later tweeted, referring to his predecessor by his initials.

His early-morning visit came after Khan on Wednesday night held a huge rally in Peshawar.

Khan -- along with most of his Pakistan Tehreek-e-Insaf (PTI) lawmakers -- quit the national assembly after losing Sunday's no-confidence vote, saying he would take his fight to the people to press for an early election.

On Wednesday, Khan said he would stage twice-weekly rallies across the country until a new poll date was set.

"Young people, get ready, I will take to the streets with you. I will go out in every city, and I will continue to go out until they are forced to hold election."

Sharif, younger brother of three-time prime minister Nawaz Sharif, set out his stall on Tuesday by ordering the government to adopt a six-day work-week, instead of the previous five, and bringing forward office opening hours to 8 am from 10 am.

His "Pakistan speed" policy is an extension of a similar programme he introduced as chief minister of Punjab, the country's most populous province, where he was credited with launching a series of high-profile -- and vote-catching -- projects.

The government would take unspecified "emergency measures" to stabilise the economy, Sharif's office said later, focusing on steps to improve the condition of ordinary people.

Sharif inherits crippling national debt, galloping inflation and a feeble rupee -- although analysts say Khan also took over a broken economy in 2018 that was further battered by the Covid-19 pandemic.

Khan's ouster heralds the return of two dynastic parties that have dominated Pakistan politics for decades.

Khan tried everything to stay in power after losing his majority in parliament through defections by his own lawmakers and a coalition partner -- including dissolving the assembly and calling a fresh election.

But the Supreme Court deemed all his actions illegal and ordered them to reconvene and vote.

On Thursday Pakistan's military insisted it played no role in the PM's ousting, although the head of its public relations wing said Khan had consulted them on his options.

There have been four coups since Pakistan attained independence in 1947 and the country has spent more than three decades under army rule.

"All what happened in recent days was part of a political process," Major-General Babar Iftikhar told a press conference, urging parties "not to drag the army into politics".

Khan insists he has been the victim of a "regime change" conspiracy involving Washington and his opponents, and vowed to take his fight to the streets in the hope of forcing an early election.

On Wednesday night Khan told thousands of supporters that the new government was "imported", saying Pakistan needed to forge an independent global path.

He has said Washington wanted him removed because he refused to take sides in the Russia-Ukraine conflict, and because of his close links to China.

Washington, Moscow and Beijing have all congratulated Sharif since he took over.

Climate Disaster "Will Not Stay in Pakistan," Pakistan PM Warns