Pakistan's Punjab Assembly has passed a resolution with a majority vote against Prime Minister Shehbaz Sharif, seeking his trial under treason charges for consulting his ‘fugitive' elder brother Nawaz Sharif in London. 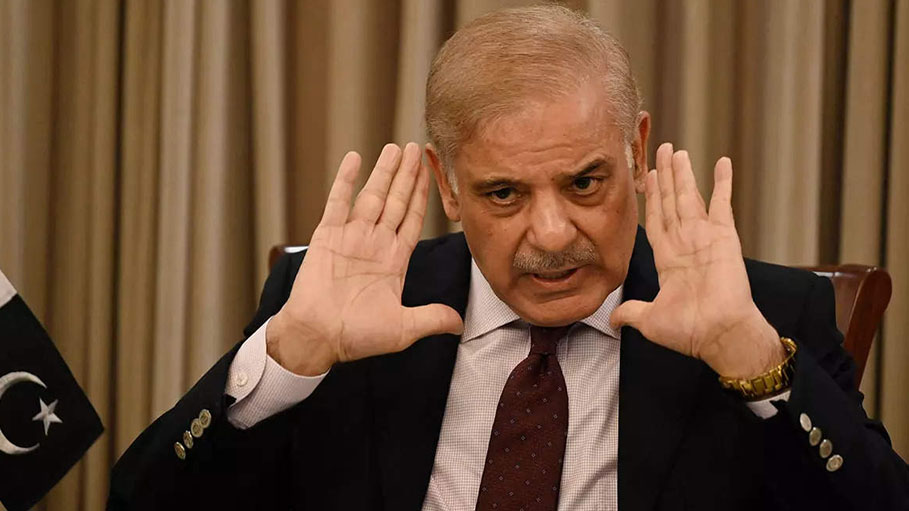 Lahore: Pakistan's Punjab Assembly has passed a resolution with a majority vote against Prime Minister Shehbaz Sharif, seeking his trial under treason charges for consulting his ‘fugitive' elder brother Nawaz Sharif in London on the appointment of the new army chief.

The resolution says the premier consulted a fugitive -- Nawaz Sharif, a three-time aprime minister of Pakistan -- in London a couple of days ago on the appointment of the new army chief, which not only amounts to the prime minister's oath preventing him from sharing sensitive matters with unrelated persons but also an insult to the institution of the Army.

The Pakistan Prime Minister was in London to attend the state funeral of the late Queen Elizabeth II. He met Nawaz Sharif during his stay in the city and discussed the appointment of the next Army chief with him. Nawaz Sharif has been living in London since November 2019 after Lahore High Court granted him bail for eight weeks on medical grounds.

Before leaving for London, Nawaz Sharif was serving a seven-year sentence in Al-Azizia corruption case at the Lot Lakhpat Jail in Lahore.

The current Chief of the Army Staff, Gen Qamar Javed Bajwa is due to retire in late November this year. The coalition government led by Sharif's Pakistan Muslim League (N) has said it would consult its allied parties and the army top brass to appoint the new army chief.

The PTI, which is in opposition at the centre, has also demanded action for treason against Shehbaz Sharif after federal minister Khurram said that the premier had met self-exiled PML-N supreme leader Nawaz Sharif in London to consult the appointment of the new army chief and other matters.

Mr Khan, who is also the chairman of PTI, has also criticised Shehbaz Sharif for consulting the appointment of the next army chief with his fugitive elder brother in London.

"We are seeing pictures of Shehbaz Sharif consulting Nawaz Sharif to appoint the next army chief. What can be a bigger disgrace for our country that thieves are making such decisions," Mr Khan said and added it as a violation of the Official Secrets Act and a breach of the Prime Minister's oath of office.

Climate Disaster "Will Not Stay in Pakistan," Pakistan PM Warns

Will Sell My Clothes to Provide Cheapest Wheat Flour to People: Shehbaz Sharif