Papua New Guinea Struck Again by an Earthquake with an Intensity of 6.9 on the Richter Scale

An earthquake with a magnitude of 6.9 struck the coast of Papua New Guinea. The quake struck a place which lies 100 miles from Rabaul, on New Britain island. It took place at 07:25 on Friday. 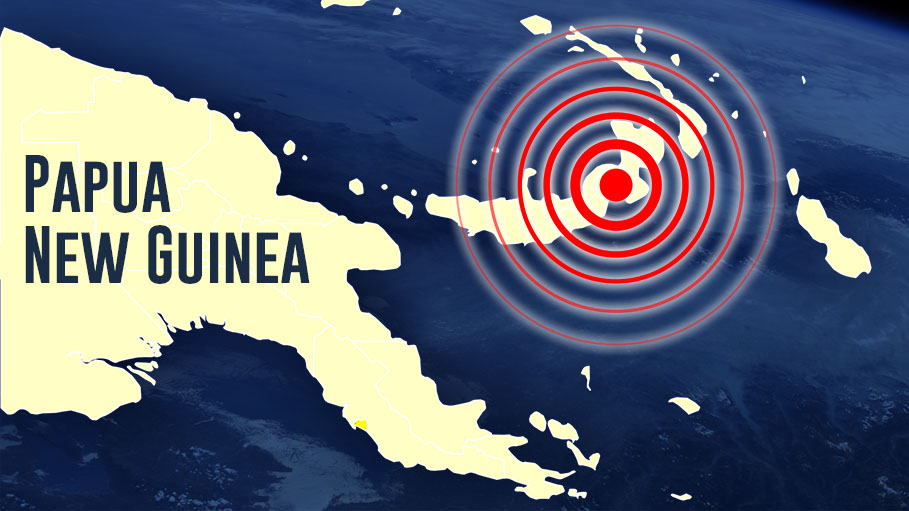 An earthquake with a magnitude of 6.9 struck the coast of Papua New Guinea. The quake struck a place which lies 100 miles from Rabaul, on New Britain island. It took place at 07:25 on Friday.

A tsunami warning was issued by the Pacific Tsunami Warning Centre for the coastal areas that were located 300 km within the quake’s epicenter. However, there were no signs of danger and the threat had passed.

A month earlier, there was a deadly and devastating earthquake which killed around 100 people and caused immense destruction. The magnitude of the earthquake was 7.5 and it occurred on February 26, 2018. There were landslides and many villages were destroyed. A few of the oil fields were affected and work had been stopped.

There are no reports of any death or injuries. The present population of Rabaul is around 20, 000. On the tracker website CSEM-EMSC, a resident of the place had described the quake as massive and he ran out after feeling the high intensity quake.

Dellie Minding, who works as a receptionist at the Rabaul Hotel in the east of New Britain, told Reuters news agency, many guests ran outside after the quake struck. However, there was no damage.

May Dovon, a receptionist at the Ropopo Plantation Resort had a similar experience. They felt everything moving and so they ran out of the building. No damage had taken place there either.

Papua New Guinea was already facing many problems getting aid for the survivors of the previous earthquake. According to government estimates, around 544,000 people were affected by the earlier quake and over 270,000 were in need of aid including food, water, medicines, tarpaulins, tents and blankets.

Work at Exxon Mobil Corp’s liquefied natural gas (LNG) project, came to halt due the quake and it has affected the impoverished country.

Rabaul is a small township in the country of Papua New Guinea. It is located in the island of New Britain. Rabaul was an important settlement and famous for tourism as its flora and fauna attracted many visitors. However, It was destroyed by the falling ash from a volcanic eruption in 1994. The rain ash destroyed almost all the buildings in the township. Rabaul is constantly threatened by earthquakes because it is situated at the brink of a caldera called Rabaul Caldera. The Rabaul volcano is a very active and dangerous volcano in Papua New Guinea. The volcanic eruption in the year 1937 completely destroyed the town and again it happened in 1994. There is a lot of volcanic activity inside a cone called Tavurvur which is found inside the caldera.  The 1937 and 1994 destruction happened due to the eruption of two volcanoes-Tavurvur and Vulcan.

In the month of January 2018, a volcano in Papua New Guinea started emitting ash and the people were warned that an earthquake generating tsunami waves may strike due to the volcanic activity.

SEE ALSO:
No Facebook, No Fake Profiles - Ban on the Social Media Giant