A Texas teenage girl named Maarib Al Hishmawi, 16 years of age was mercilessly abused by her own parents just because she had refused to marry the man they had arranged for her. 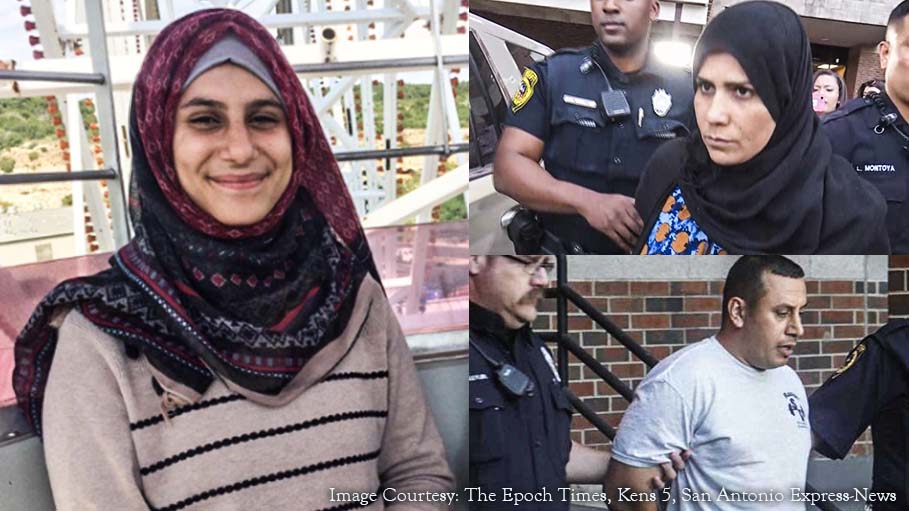 A Texas teenage girl named Maarib Al Hishmawi, 16 years of age was mercilessly abused by her own parents just because she had refused to marry the man they had arranged for her.

The father named Abdulah Fahmi Al Hishmawi, 34, and mother Hamdiyah Saha Al Hishmawi, 33 constantly beat the girl with a broomstick and poured hot oil all over her body to get her to agree to the marriage. One time she was choked till the point of unconsciousness. The man belonged to another city and she did not want to marry him. It is reported that the parents wanted her to marry the man in exchange for $20,000. The talks about marriage had begun when she was 15 years old. She lived along with 5 siblings. It is reported they had moved to San Antonio in the United States of America from Iraq two years ago. Maarib’s father worked as a linguist for the US in Iraq. The man whom she was being forced to marry is 25 years of age and lives in Dallas. He met Maarib last year in the month of May.

The only way Maarib could stop the torture was by agreeing to marry. As her parents did not relent she ran away from home and was reported missing on January 30th, 2018. She was last seen leaving Taft High School in Bexar County.

Maarib who is  5’5”, weighing 150lbs, with light complexion, black hair and brown eyes, was found in mid-March and was looked after by an organization. When she went missing, her parents even called the FBI when he became unhappy with how the local police was handling the case and that is how they also joined in the investigation. However, when there were allegations that the parents were mentally and physically tormenting their kid, the Bexar County Sheriff’s Office who initiated an investigation were not only focused on getting her back but also seeing to it that she lives in a safe and secure environment. The father had denied all the allegations and blamed his daughter for being under the influence of a bad friend. When his daughter had gone missing, he claimed that she was made fun of because of her hijab.

The parents of the 16 year old girl have been arrested and she along with her five siblings aged between five to fifteen have been placed under Child Protective Services. The parents have been slapped with charges of inflicting violence against a family member.  The man whom Maarib was supposed to marry may also face charges. The FBI is looking into the case.