A female flight attendant was comfortably perched in one of the luggage lockers much to the surprise of the passengers. As passengers begin to board, the attendant rolls on her stomach and initiates a conversation with them. 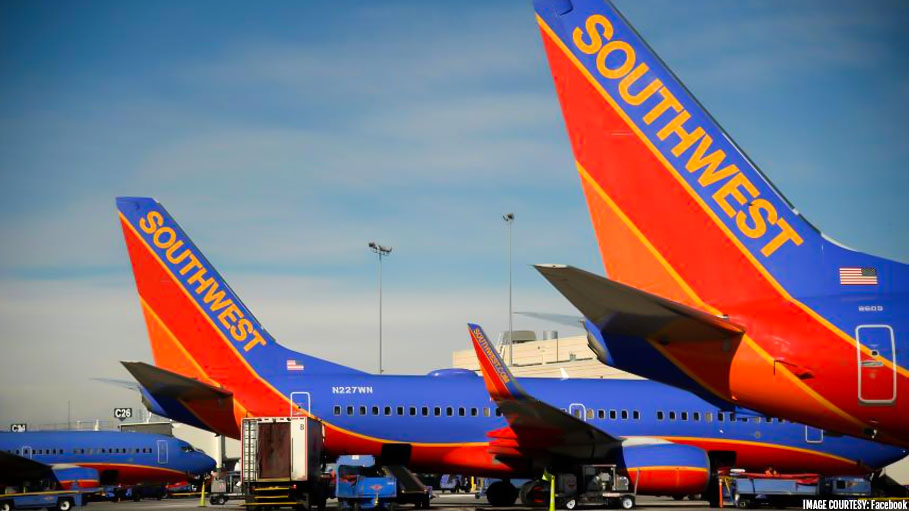 Passengers boarding a Southwest Airlines flight from Nashville to Philadelphia on Monday were in for a big surprise. While passengers were gearing up to place their belongings in the luggage lockers and occupy their places at the allotted seats, they found something strange in one of the lockers.

A female flight attendant was comfortably perched in one of the luggage lockers much to the surprise of the passengers. A passenger by the name of Veronica who boarded the same plane was so surprised that she clicked a picture of the flight attendant in that quirky pose and recorded a video too. She tagged the airlines while posting the picture on Twitter.

In the video, the attendant can be seen resting on her side and stomach with her feet hanging out of the locker. As passengers begin to board, the attendant rolls on her stomach and initiates a conversation with them.

Veronica told FOX News that she was taken aback by the flight attendant’s mischievous prank. She also revealed that the attendant was in the compartment for a “solid 10 minutes.”

"I think she was doing it to try and be funny and make the passengers laugh," she said and she further added that the attendant came down and was “nice” for the rest of the journey.

Giving an explanation for the attendant’s prank, the airlines said that their employee was trying to have a “brief moment of fun” with the passengers.

The airlines revealed that the employees of Southwest airlines like displaying their unique personas and the humorous side to their personalities. “Of course, this is not our normal procedure, and Southwest Crews always maintain safety as their top priority," they said.

This was truly a rare move by the attendant who was sporting enough to display her sense of humour and lighten up the atmosphere in the plane before it headed to its final destination.