Peak of The Iceberg: World Health Body on Monkeypox Cases

The World Health Organization cautioned Friday that some 200 monkeypox cases found in recent weeks outside of countries where the virus usually circulates could be just the beginning. 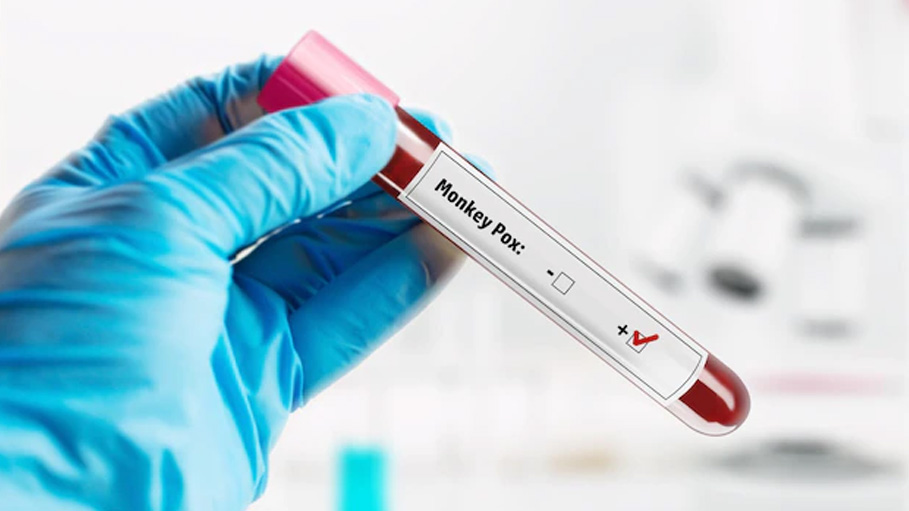 Geneva: The World Health Organization cautioned Friday that some 200 monkeypox cases found in recent weeks outside of countries where the virus usually circulates could be just the beginning.

"We don't know if we are just seeing the peak of the iceberg," Sylvie Briand, WHO's epidemic and pandemic preparedness and prevention chief, acknowledged in a briefing to countries on the "unusual" spread of the virus.

Since Britain first reported a confirmed monkeypox case on May 7, nearly 200 cases have been reported to the UN health agency in countries far from the states where the virus is endemic.

The European Centre for Disease Prevention and Control (ECDC) has put the number of such cases at 219.

Endemic in a number of west and central African nations, monkeypox cases have suddenly been detected in more than 20 other countries around the world, including the United States, Australia, the United Arab Emirates and nearly a dozen EU countries.

The Spanish health ministry said Friday that 98 cases had been confirmed there so far, while Britain currently counts 90 verified infections.

Portugal has meanwhile registered 74 confirmed cases, health authorities said Friday, adding that all the occurrences are in men, mainly aged below 40.

No Need To Panic

"We are still at the very, very beginning of this event," Briand told member state representatives attending the World Health Assembly in Geneva.

"We know that we will have more cases in the coming days," she said, but stressed there was no need to "panic".

"This is not a disease the general public should be worried about. It is not Covid or other diseases that spread fast."

Monkeypox is related to smallpox, which killed millions around the world every year before it was eradicated in 1980.

But monkeypox is much less severe, with a fatality ratio of three to six percent. Most people recover within three to four weeks.

The initial symptoms include a high fever, swollen lymph nodes and chickenpox-like rash.

While many of the cases have been linked to men having sex with men, experts stress there is no evidence it was a sexually transmitted disease. Rather, it seems to be transmitted by close contact with an infected person who has blisters on their skin.

There is not much in the way of treatment, but some antivirals developed against smallpox exist, including one that was recently approved by the European Medicines Agency against smallpox, Briand pointed out.

Vaccines developed for smallpox have also been found to be about 85 percent effective in preventing monkeypox.

However, since smallpox has not posed a threat in more than four decades, most people under the age of 45 have not received the vaccine, and the supplies of the jabs are today very limited.

Briand said experts were trying to determine what had spurred this "unusual situation", saying preliminary investigations did not seem to indicate that the virus that causes monkeypox had changed or mutated.

She voiced hope that the spread could be halted.

"We have a good window of opportunity to stop the transmission now," she said.

"If we put in place the right measures now, we probably can contain this easily."