John was rejected because of his poor eyesight, but Rudyard Kipling used his connections and thus John finally got a commission in the Irish Guards and was immediately deployed to France in August 1915. 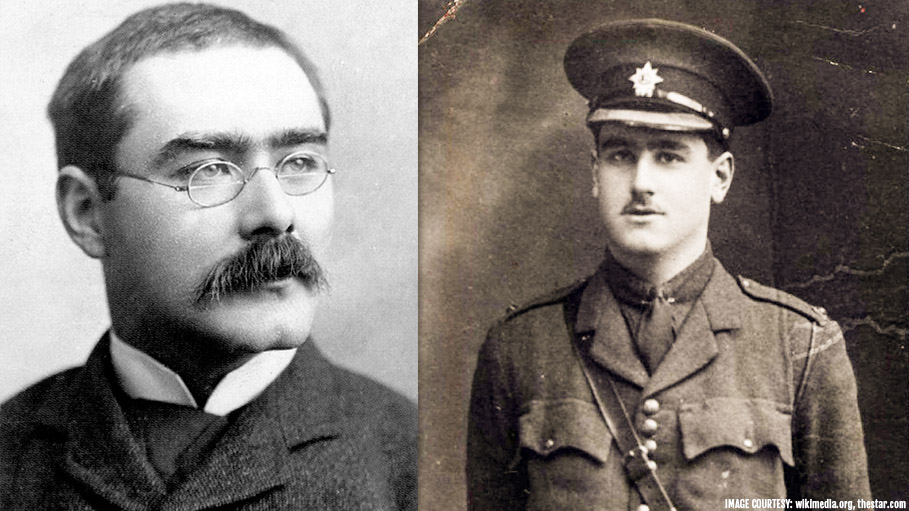 Poet and writer Rudyard Kipling also had occasions when he cried in silence. His writings were liked by many, young and old but no one knows his pain behind all those wonderful compositions. The gravest emotional turmoil of his life was losing his only son John in the Battle of Loos during World War I. As John’s body was never found, Rudyard Kipling left no stone unturned to search for his beloved son.

British citizen Kipling supported his country when it entered World War I and was in support of his nations call for the patriotic duty for all able-bodied men. Rudyard Kipling did everything he could to ensure his only son John to join the war. As wished, John Kipling joined the war, but soon after reaching France, on his 18th birthday, he was reported missing on September 27th, 1915 during the Battle of Loos.

When Rudyard Kipling got the news, he could not believe his ears, so he and his wife Carrie would spend the next several years desperately searching for John, hoping he might have survived. Tired by their search for years, finally, in the year 1919, Kipling publicly accepted that his son was probably dead.

The author of The Jungle Book and the first Briton to be awarded the Nobel Prize in Literature, Rudyard Kipling ensured everything so that his son joins the force. Initially, John was rejected because of his poor eyesight, but Rudyard Kipling used his connections and thus John finally got a commission in the Irish Guards and was immediately deployed to France in August 1915.

These details are revealed by David A. Richards, who has published a bibliography of the author’s work and letters, who quotes Kipling’s wife Carrie saying, “How could their son not go to war when all the other sons were?”

Battle of Loos, which proved a disaster for Britain as a number of soldiers were killed by German machine guns and were chocked on their own poison gas being blown back into their lines. Around 15,000 British soldiers were killed and 35,000 wounded within a few days in the war.

A diary entry by Carrie also confirms that day as 2nd Oct 1915, when “A telegram from the War Office to say John is ‘missing’”. From that day Kipling started his search to find out his son. Hoping he might have got wounded or captured, Kipling spent many months asking members of John’s regiment, to find out where they had seen John for the last time. He even managed to drop leaflets across the enemy lines asking for the news of his son.

Publisher David A. Richards says “He begged the War Office not to declare the boy dead, only missing, to spare his wife’s feelings”. Later part of Rudyard Kipling’s life was spent in searching for his lost son till his death in 1936. It was after more than 50 years after the death of Rudyard Kipling, his son’s grave was discovered in the year 1992 at St. Mary Cemetery in Haisnes, near the battlefield in France where John disappeared.