Pope Francis Stuck for 25 Minutes in Elevator, before Being Rescued by Firefighters

The 82-year-old smiling pontiff told the crowd, “I was trapped in a lift for 25 minutes, there was a power outage and the lift stopped,". 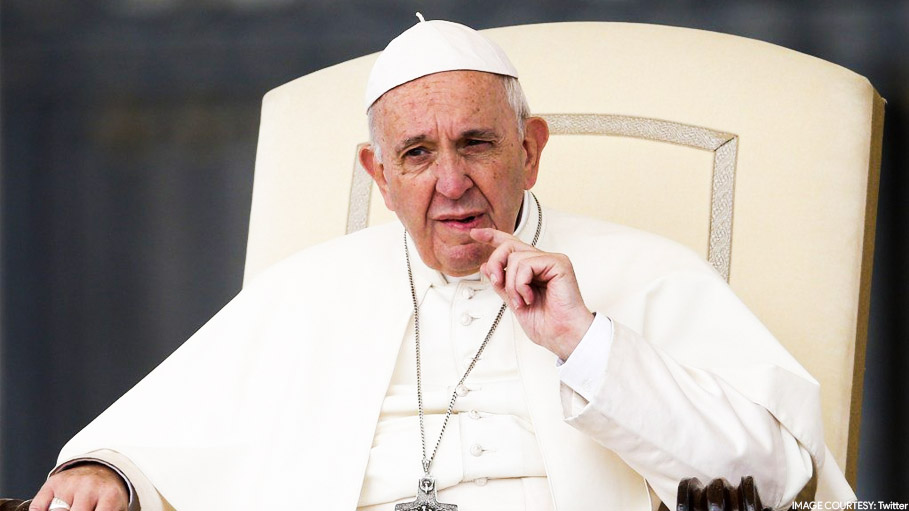 This Sunday, Pope Francis was late in reaching his weekly Angelus prayer because he had been stuck in a Vatican elevator for 25 minutes before being freed by firemen.

Later he shared the tale of how he was rescued from the elevator in his prayer speech along with the surprise announcement about the creation of 13 new, red-hatted cardinals of the Catholic Church, which also includes 10 possible future popes.

The 82-year-old smiling pontiff told the crowd,“I have to apologise for being late”, as the faithful crowd waits patiently for him to appear at his study window overlooking Saint Peter's Square.

The pope also said, “I was trapped in a lift for 25 minutes, there was a power outage and the lift stopped, but then the firemen came. Let us give a round of applause to the fire service,” he said, prompting the crowd to cheer and applause.

His delay also led to some kind of speculations, as some media networks that live-stream the Angelus had been concerned that the unprecedented delay might have been due to health reasons.

“There was a moment of great worry over what could have happened to him”, said Vania De Luca, who is a Vatican expert for Rai News.

Pope Francis though seems to have unlimited energy despite his growing age. He lost part of a lung in his youth, for which he suffers sometimes. The pontiff though did not appear to be shaken by the episode, as he recounted what had happened.

Pope Francis then unveiled the second surprise of the day that is his decision to create 13 new ‘princes’ of the Church next month. 10 of them are under the age of 80 years and are therefore eligible to vote for his successor as the members of the College of Cardinals, from whose ranks a new pope is chosen.

Francis also made a plea for another hot topic that has become a cornerstone of his papacy, the environment.

In a message to mark this year’s World Day of Prayer for the Care of Creation, the pope has called on all the individuals across the world to make changes in their daily habits to stop climate change.

He said, “This is the time to reflect on our lifestyles and how our daily choices in terms of food, consumption, travel, use of water, energy and many other material goods are often reckless and harmful”.

In his speech, the pope also praised the efforts of young climate activists who have been putting pressure on the institutions to work on the environment, saying all eyes would be now on the upcoming UN Climate Action Summit, which is scheduled to take place on September 23 in New York.