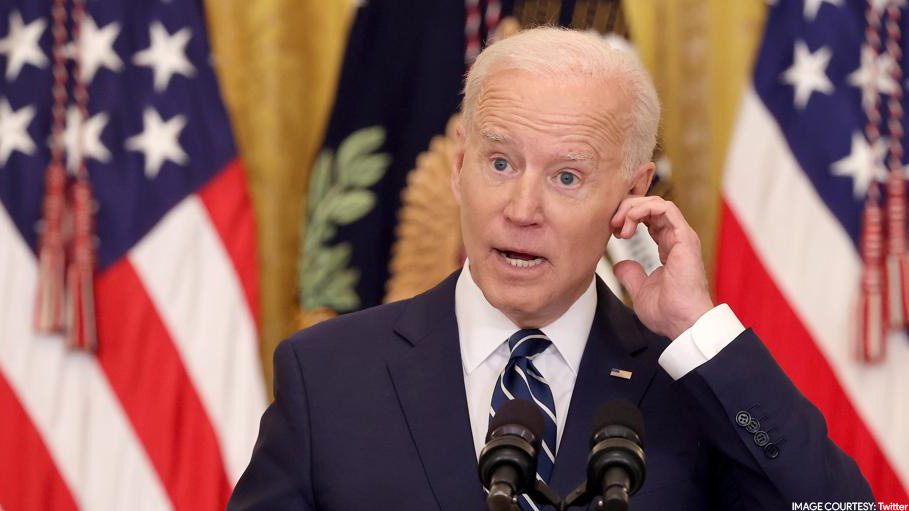 Washington: President Joe Biden warned Thursday the United States will "respond accordingly" if North Korea escalates its weapons testing, after Pyongyang fired two suspected ballistic missiles into the sea in its first substantive provocation of the new US administration.

The nuclear-armed North has a long history of using weapons tests to ramp up tensions, in a carefully calibrated process to try to forward its objectives.

Biden said that the United States was "consulting with our partners and allies," and warned North Korea that "there will be responses if they choose to escalate. We will respond accordingly."

"I'm also prepared for some form of diplomacy, but it has to be conditioned upon the end result of denuclearization," he added.

Pyongyang had been biding its time since the new administration took office, not even officially acknowledging its existence until last week.

But Seoul's joint chiefs of staff said the North fired two short-range missiles into the Sea of Japan, known as the East Sea in Korea, from South Hamgyong province.

They travelled 450 kilometres (280 miles) and reached a maximum altitude of 60 kilometres, the JCS added, and after an emergency meeting South Korea's National Security Council expressed "deep concern" at the launch.

North Korea is banned from developing any ballistic missiles under UN Security Council resolutions, and is under multiple international sanctions over its weapons programmes.

It had been a year since the last such incident, he added, saying: "This threatens the peace and security of our country and the region. It is also a violation of the UN resolution."

Tokyo said they came down outside the waters of Japan's exclusive economic zone.

Rebuke poured in from Germany, France and Britain which each condemned the tests as violations of UN Security Council resolutions.

Britain's Asia minister Nigel Adams also warned North Korea to refrain from further provocations and "engage in meaningful negotiations with the US."

Pyongyang has made rapid progress in its capabilities under North Korean leader Kim Jong Un, testing missiles capable of reaching the entire continental United States as tensions mounted in 2017.

Ex-US president Donald Trump's first year in office was marked by a series of escalating launches, accompanied by a war of words between him and Kim.

The two then embarked on an extraordinary diplomatic bromance, holding two headline-grabbing summits in Singapore and Vietnam.

The United States pulled back on some joint military exercises with South Korea while the North froze intercontinental ballistic missile tests.

But the February 2019 Hanoi summit broke up over sanctions relief and what North Korea would be willing to give up in return.

Communications then dried up, despite a third encounter in the Demilitarized Zone that divides the Korean peninsula, and no substantive progress was made towards denuclearisation.

"North Korea appears to be returning to a familiar pattern of using provocations to raise tensions and garner attention," said Jean Lee of the Wilson Center in Washington.

Pyongyang carried out a series of weapons tests last year that it called "long-range artillery" but others described as short-range ballistic missiles.

Trump had been "willing to turn a blind eye to North Korea's ballistic missile launches as long as they were not tests of long-range missiles", Lee said.

"But I suspect the Biden administration will confront any confirmed ballistic missile launches that violate UN Security Council resolutions."

Thursday's launch comes after Pyongyang fired two short-range, non-ballistic missiles in a westerly direction towards China at the weekend, which US officials played down as not a violation of UN resolutions.

That launch followed joint exercises by the US and South Korean militaries and a visit to the region by US Secretary of State Antony Blinken and Defense Secretary Lloyd Austin to discuss alliance and security issues.

During their trip to Seoul and Tokyo, Blinken repeatedly stressed the importance of denuclearising North Korea.

Biden administration officials say they have sought to reach out to Pyongyang through several channels but have received no response so far.

They are now finalising a strategy that the White House will discuss with Japanese and South Korean security officials next week.