President Joe Biden and his Chinese counterpart Xi Jinping agreed to schedule their first in-person summit during a sometimes tense phone call Thursday where Xi warned the United States not to "play with fire" in Taiwan. 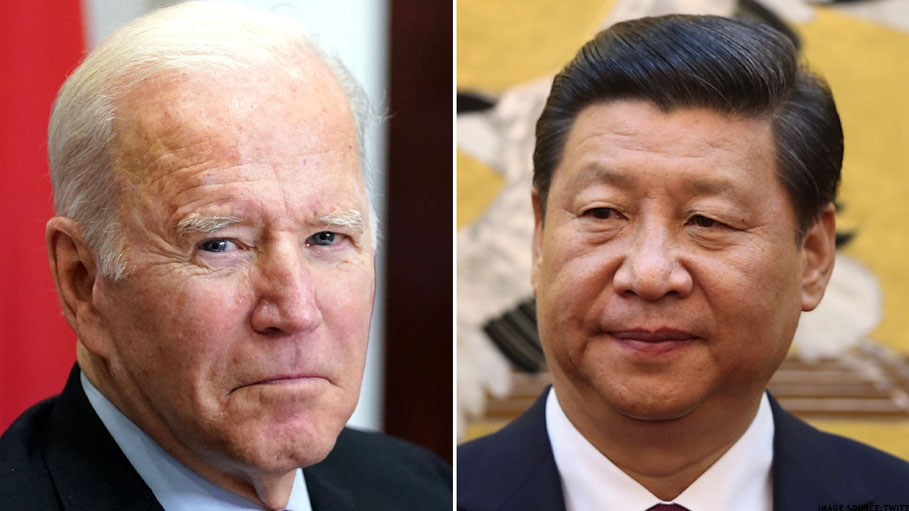 Washington: President Joe Biden and his Chinese counterpart Xi Jinping agreed to schedule their first in-person summit during a sometimes tense phone call Thursday where Xi warned the United States not to "play with fire" in Taiwan.

Although this was their fifth phone or video call since Biden took office a year and a half ago, the summit would be their first in-person meeting as leaders. No detail was given on the timing or location.

Biden and Xi "discussed the value of meeting face-to-face and agreed to have their teams follow up to find a mutually agreeable time to do so," a US official said, speaking on condition of anonymity.

Both sides described the call, which lasted two hours and 17 minutes, as a robust exchange on the many disputes between the world's two biggest economic powers.

China's state-run Xinhua agency said Xi delivered harsh words on US policy towards Taiwan, a democratic island with close ties to the United States but which China considers part of its territory.

"Those who play with fire will eventually get burned," Xi was quoted as telling Biden, repeating language he employed when they spoke last November. "I hope the US side fully understands that."

Tensions around Taiwan are steadily escalating amid fears that Xi could ultimately order an invasion to impose Beijing's rule.

In the latest flashpoint, Chinese authorities are furious at unconfirmed plans by Biden ally and speaker of the House of Representatives, Nancy Pelosi, to visit the island.

Although US officials frequently visit Taiwan, separated by a narrow strip of water from the Chinese mainland, Beijing considers a Pelosi trip as a major provocation. She's second in line to the US presidency and given her position may travel with military transport.

Washington will "bear the consequences" if the trip goes ahead, China warned Wednesday.

During the call, Xi was quoted as telling Biden "the position of the Chinese government and people on the Taiwan issue is consistent."

"It is the firm will of the over 1.4 billion Chinese people to firmly safeguard China's national sovereignty and territorial integrity," he said.

In response, Biden reassured Xi that US policy, known as "strategic ambiguity," was unchanged -- essentially favoring the status quo in Taiwan, with Washington recognizing Chinese sovereignty but opposing any enforcement, allowing the Taiwanese to retain their distinct rule.

No move on tariffs

Biden prides himself on a close relationship with Xi going back years, but it's getting hard to mask deepening mistrust between the two countries.

US officials said Biden touched on a raft of sensitive issues, including China's "genocide and forced labor practices" and its increasingly aggressive military posture across Asia.

The White House described Biden's outreach as part of "efforts to maintain and deepen lines of communication" and to "responsibly manage our differences and work together where our interests align."

According to the White House, Biden's chief hope is to establish "guardrails" for the two superpowers.

This is meant to ensure that while they sharply disagree on democracy, and are increasingly rivals on the geopolitical stage, they can avoid open conflict.

Where to place the guardrails, however, is challenging amid so many unresolved disputes, including a simmering trade war begun under Donald Trump's presidency.

One big question still completely unresolved is the trade war started under Donald Trump, with 25 percent import duties on billions of dollars of Chinese products.

Despite speculation that Biden could soon ease some of those tariffs to try and lower roaring inflation in the US economy, there was no movement on the issue during his talk with Xi.

"On the question of tariffs, President Biden explained to President Xi... core concerns with China's unfair practices which harm American workers and harm American families, but he did not discuss any potential steps he might take," the US official told reporters.

"It would be wrong to believe that somehow a decision on any next steps was somehow waiting for this conversation."