President Donald Trump Cries, “I am All Alone in White House”

Now during the festive season, Trump appeared frustrated for being left literally isolated, as the Capitol Hill is empty with most of the lawmakers headed home for the holiday. 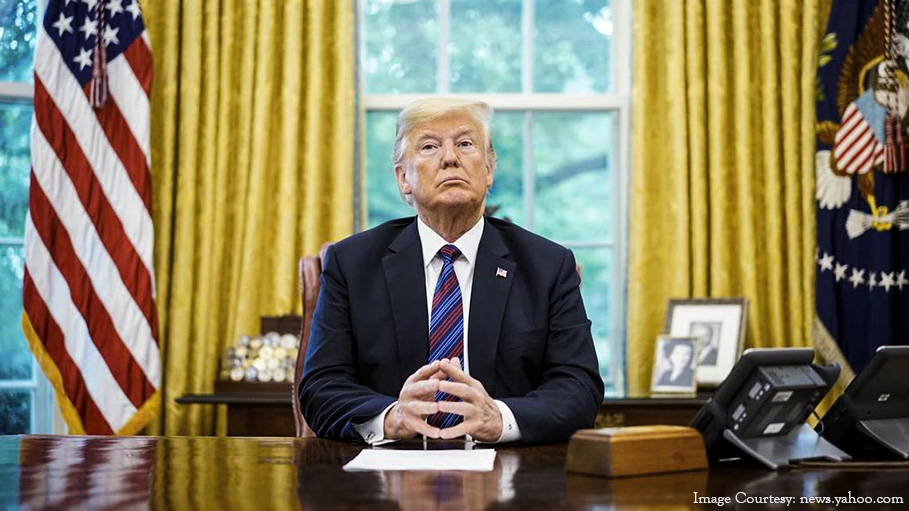 Yes, US President Donald Trump is a lonely man, as he holed inside the White House because of ongoing shutdown and barking out his frustration on Twitter, as for him, Democrats are hypocrites! The media makes up stories! Senators are wrong on foreign policy - and so is Defense Secretary Jim Mattis, at a time when many people across the world were celebrating the season with their families and friends.

Finally at 12:32 pm on Sunday, which is also The President’s 10th tweet in the day, he declared, “I am all alone (poor me) in the White House waiting for the Democrats to come back and make a deal on desperately needed Border Security”, which reflects he is torn between the issues.

President Trump is now acting like a commander under siege as he heads the country to the New Year 2019 with full of promises to fulfill. So far, nearly every organization he has led in the past is under investigation, which includes his private business, his family’s charitable foundation, his 2016 presidential campaign, his inaugural committee etc. The President is increasingly standing alone. Even his fellow Republicans are criticizing his decision to withdraw US troops from Syria, who also expressed dismay at the sudden departure of the defense secretary.

Now during the festive season, Trump appeared frustrated for being left literally isolated, as the Capitol Hill is empty with most of the lawmakers headed home for the holiday. Also, Vice President Mike Pence was at the Naval Observatory, celebrating Christmas Eve with his family in his residence.

His tweet is followed by a rapid-fire missive by his critics, which painted the portrait of an isolated leader of Donald Trump, nursing a deep sense of injury. As Peter Wehner, who has served in three Republican administrations and is a Trump critic, wrote, “This is a picture of a lost and damaged soul. There is something sad and poignant about a president isolated and alone. He's like King Lear, raging against the winds”.

White House officials did not respond when requested by media to comment on Trump’s tweets and activities. Meanwhile, First lady Melania Trump, who had gone as scheduled to Florida last week for the family’s annual Christmas trip to Mar-a-Lago, returned to Washington to celebrate the holiday with her husband, so hope the President will have some good company.

Russia Receives Warning from Donald Trump over Interference in US Elections