The split will, however, help ease the tensions between the brothers and their wives. Prince William and wife Kate will continue to work with Prince Harry and Meghan on charitable causes. 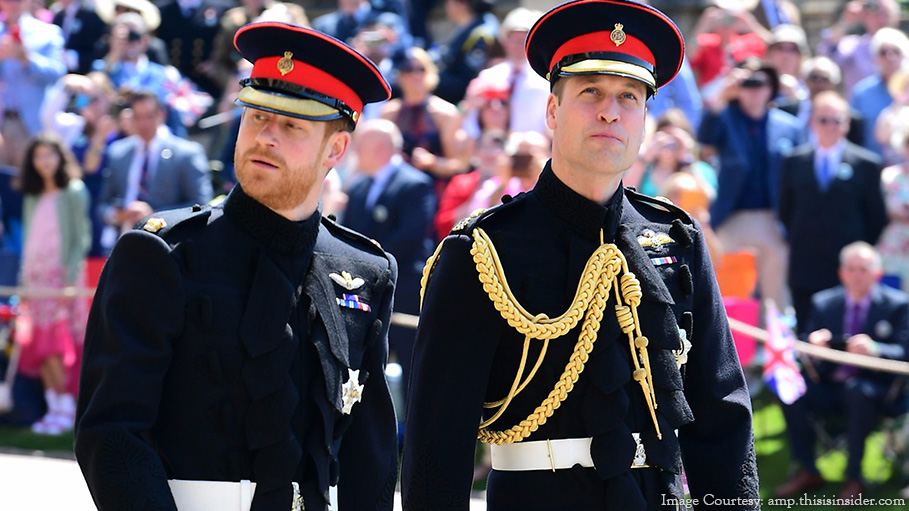 It is an end of the era, as Prince William and his brother Prince Harry is all set to split their royal household within a few weeks. According to some sources the royal brothers, who have shared one household for 10 years, will formally create separate courts for themselves.

As per the reports in the media, the division is going to take place before the birth of Prince Harry and his wife Meghan’s first child, which is scheduled for coming spring. Prince Harry and Duchess Meghan will also move from their present home at Kensington Palace in London to Frogmore Cottage in Windsor before the arrival of their newborn.

Last year some media reports have claimed that the two brothers were considering a formal division of their joint royal household, which is based at Kensington Palace to create separate courts in order to concentrate on their growing different responsibilities. Also, there were some media reports and rumors began to swirl in November 2018 about Duchess Meghan and Duchess Kate’s growing distance in their relationship and are said to be not able to get along with each other.

According to the internal sources, the first major division of the royal household will be of their media team and the two courts would also have separate staff. Prince William and Prince Harry are working together on the plans that to be followed.

According to the report by Sunday Times, a source has confessed that "When William becomes the Prince of Wales, he will take on a lot of extra responsibility, including the Duchy of Cornwall. Harry and Meghan have none of that, and seem ambitious about forging their own paths”. Though Kensington Palace has not yet commented on any of the reports.

The split will, however, help ease the tensions between the brothers and their wives. Prince William and wife Kate will continue to work with Prince Harry and Meghan on charitable causes, which are headed by the quartet’s Royal Foundation. The two couples were last spotted together on Christmas and they were all smiles.