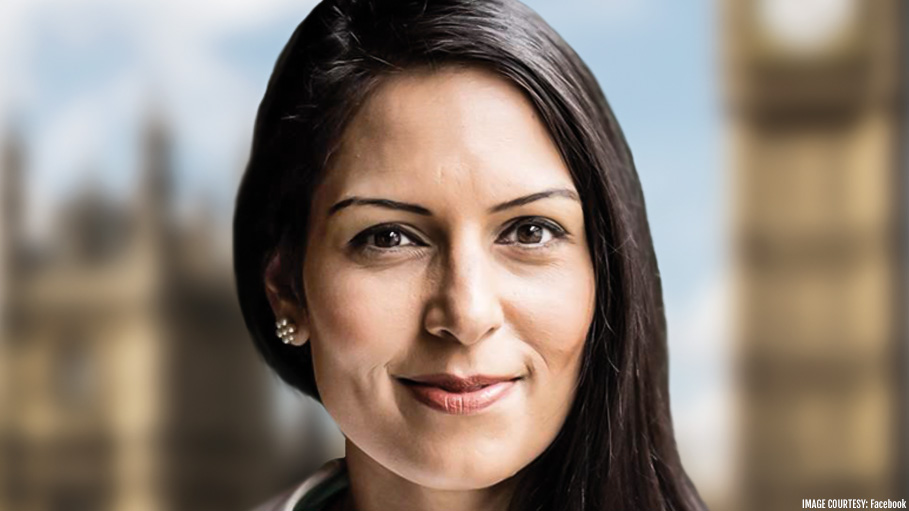 Priti Patel's arrangement as home secretary has been met with an overflowing of "extraordinary worry" over her hard-right record on key issues secured by her new short.

Patel – who was compelled to leave the government two years prior, it rose that she had held mystery, informal gatherings with Israeli pastors, agents, and a senior lobbyist – will be in charge of movement, wrongdoing and policing, counter-fear based oppression and medications approach.

The Essex MP, whose Gujarati Indian guardians relocated to the UK during the 1960s from Uganda only in front of Idi Amin's choice to extradite all Asians, has decided in favor of a stricter haven framework, more grounded requirement of migration rules, and against restricting the confinement of pregnant ladies in movement prisons.

She sponsored the key parts of Theresa May's unfriendly condition approaches, exhibited in the movement bills of 2014 and 2016, for example, lease, work, and financial balance checks, all of which prompted individuals from the Windrush age being improperly advised they had no legitimate appropriate to live and work in the UK.

Her perspectives on shelter will be observed intently by campaigners and foundations that work intimately with haven searchers and outcasts, huge numbers of whom have required the legislature to loosen up guidelines on shelter searchers' capacity to work in the UK, broaden the time evacuees are given to look for some kind of employment and a home before they are cut off for government support and to extend vows to resettle uprooted people.

Clare Collier, promotion executive at the human rights bunch Liberty, stated: "Priti Patel is a government official with a reliable record of casting a ballot against essential human rights securities. For her to be placed responsible for the Home Office is amazingly concerning.

"The new home secretary needs direly to put human rights at the core of Home Office policymaking and switch the harm brought about by Theresa May's most lethal inheritance – the unfriendly condition."

Satbir Singh, CEO of the philanthropy the Joint Council for the Welfare of Immigrants, stated: "We're a year on from the Windrush outrage, and Theresa May's flight makes a genuine chance to fix a disorganized and harsh Home Office and fabricate a reasonable migration framework that works for everybody.

"Priti Patel's record doesn't move certainty. However, we encourage her to refute us by resolving to end the all-around disliked unfriendly condition, to dismiss the governmental issues of scapegoating and deriding transients and to reconstruct trust by making a Home Office that invites and supports the individuals who move here."

Stephen Hale, CEO of Refugee Action, stated: "The new home secretary must get to holds now with the long-running emergencies that have grasped the Home Office and done as such much harm to defenseless individuals.

"The Windrush audit must be distributed as quickly as time permits and lead to another promise to treat individuals looking for shelter, and all others, with the regard and pride they merit."

Suggesting the purposes behind Patel's renunciation two years prior, Tory peer Sayeeda Warsi said Patel's was an "aggravating arrangement at a basic time for the Middle East."

Underlining her notoriety for pummeling criminal equity issues, Patel has presented a few composed inquiries to the Home Office on the issue of remote national guilty parties and their expelling.

Not long after she was chosen for the House of Commons, she showed up on Question Time and uncovered her help for the reintroduction of the death penalty in the UK, a position she later said she never again held.

Her perspectives on capital punishment will be of specific worry to common freedoms bunches that were frightened by Javid's choice not to look for a "capital punishment confirmation" from the US on account of two Isis killers. Alexanda Kotey and El Shafee Elsheikh are asserted to have been individuals from a four-man cell of Isis killers in Syria and Iraq in charge of murdering various prominent western prisoners.

It developed a year ago that Javid had written to Jeff Sessions, at that point US lawyer general, to affirm that the UK would not be looking for a confirmation on account of Kotey and Elsheikh.

The Liberal Democrats' home undertakings representative, Ed Davey, stated: "The activity of the home secretary is to keep our nation safe and guarantee that everybody's rights are regarded.

"Be that as it may, presently we have a Conservative home secretary who cast a ballot against permitting same-sex couples to wed, has contended that it isn't right for natives to consider the administration responsible through the courts, and is one of the most eager promoters of Brexit – which would ransack British police of the European capture warrant and other urgent wrongdoing battling apparatuses.

"The Liberal Democrats request better from a home secretary. We will consistently battle to secure the privileges of each person, to give our police the instruments and assets they have to forestall wrongdoing and protect networks, and to stop Brexit."

Patel, a fervent Brexiter, has supported aptitudes centered migration framework, which at last was reflected in the movement white paper distributed under her forerunner Javid's residency as home secretary.

In an article for Conservative Home written in April a year ago, she set out her vision for migration post-Brexit. "As a nation, we perceive the monstrous advantages that movement has brought to our economy and society," she composed.

"As the girl of a transient, I know the haven, welcome and openings that Britain gives. Recovering control of our fringes does not mean pummelling the entrance closed and, as we approach the last year of our participation of the EU, Britain can demonstrate authority by mapping out a positive future for our movement framework.

"England should consistently be reasonable and offer asylum to exiles from clashes and compassionate emergencies. We have consistently had a solid record around there, and this is a definitive trial of our politeness and our mankind as a country."