Is the love-affair rumor true? Are they on a romantic holiday? Scroll down to know! 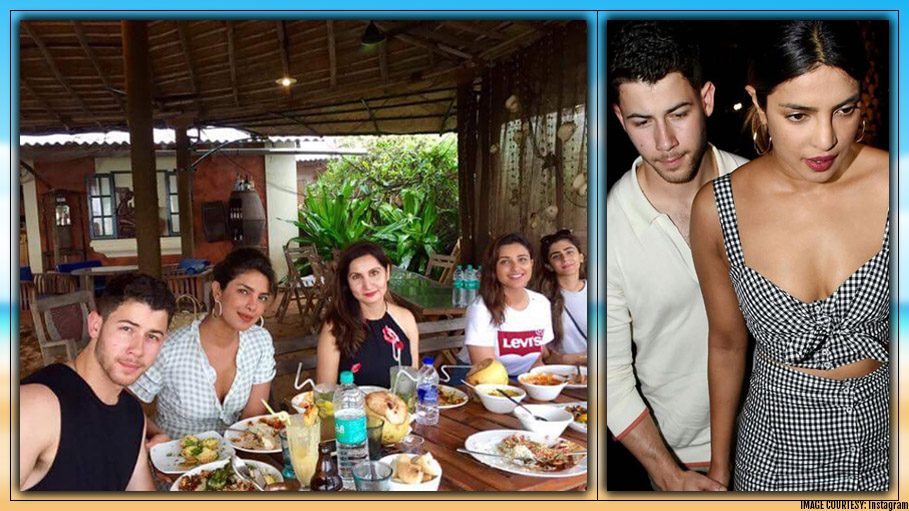 Priyanka Chopra and Nick Jonas have been in the limelight since their first appearance together at Met Gala 2017.  What started out as a rumoured link-up is now taking a more serious shape after the couple met several times on several occasions and now involving families. The couple is currently vacationing in Goa.

A fortnight ago the couple attended the wedding of Jonas’ cousin and they both walked arm-in arm at the nuptials in Atlantic City. Nick’s cousin brother described Priyanka as “Super Awesome.” Priyanka had met Nick’s entire family in the wedding. The couple were seen holidaying again and this time in our own Aamchi Mumbai.

They were spotted having a dinner date in Mumbai but not without Priyanka’s mother- Madhu Chopra. Madhu Chopra told DNA “We just went out for dinner where Nick was present. But it was a large group. There were 10-odd people, so I didn’t get the time to know him that well. I’ve met him for the first time, so it’s too early to form an opinion.”Now, the cosy pair has headed to Goa along with Priyanka’s brother, Parineeti Chopra and other family friends.

What caught the media’s attention though was Parineeti’s video which features the cousin sisters enjoying the monsoon. The duo is seen singing and dancing to the famed Bollywood rain song “Tip Tip Barsa Paani.” The duo seem to be excited and having lots of girly fun while holidaying. The caption of the hilarious  video reads “Not a cheesy Chopra sister performance. Nope. @priyankachopra #DancingInTheRain.”

Ranveer Singh couldn’t stop laughing after seeing the video and posted a “Hahahahahaha” comment. Parineeti shared another image that shows Priyanka Chopra giving a tutorial on how to do a Bollywood seductive rain dance. Parineeti told News 18 “It was a great catch up time. It was like a family trip and there were friends with us too. So, it was a friends and a family trip actually. It was short and sweet. I was there for like 24 hours and I had a great time. It was a great trip.”

She added “I have not met my sister for months because she has been in America for the longest time. And whenever she travelled to Bombay, it was for a day or two. I wasn’t in Bombay either at that time. So this time when she came, I literally ran to her because I have not met her for months.”

If reports are to be believed the pair is all set to get engaged and these pictures of the pair have left fans all the more excited. Link up rumours start melting down after a certain point; this doesn’t seem to be happening in this couple’s case. Let’s wait with baited breath till these rumours are officially confirmed.