The wax statue is dressed in a long red gown, the same Jason Wu dress which she adorned at the 2016 Emmy Awards. 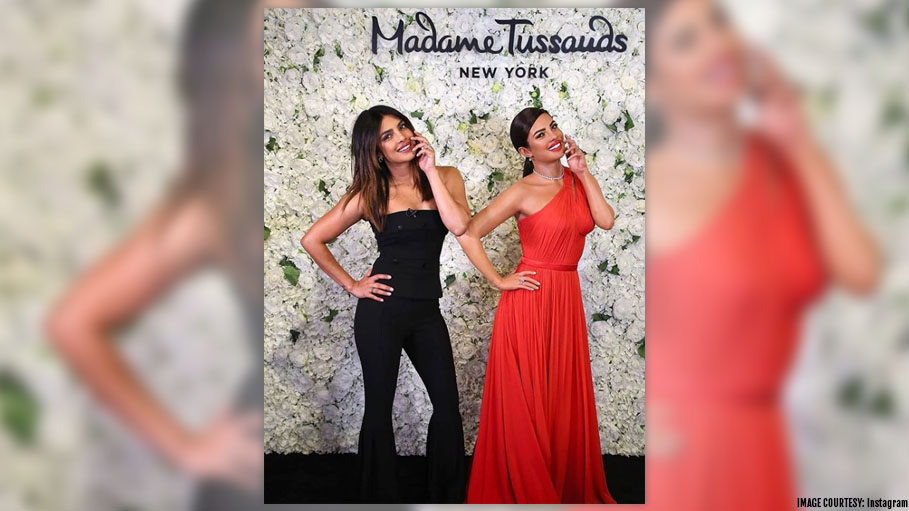 Priyanka Chopra is in the news for unveiling her first ever wax statue in Madame Tussauds New York on Thursday.

The actress was super excited on unveiling her look-alike that she went ahead and shared the pictures of the event in her Instagram profile. She captioned it with these lines, “Me when I saw my new wax figure at Madame Tussauds in NYC @nycwax.”

In the photographs, she’s seen playfully standing alongside her wax statue in the same exact pose.

The wax statue is dressed in a long red gown, the same Jason Wu dress which she adorned at the 2016 Emmy Awards.

PeeCee’s “new twin” is also seen wearing the replica ring that Nick Jonas had presented her. In one of her Instagram stories, Priyanka mentioned that the whole process of creating her replica began six months back.

Madame Tussauds New York posted a short video on PeeCee’s replica on their Instagram page and captioned it with these lines, “We are so excited to announce that we have officially launched the first ever @priyankachopra Jonas figure here at @nycwax. Come meet her and take that perfect selfie in New York today!”

In the video, PeeCee said, “I was really surprised!” She added, “I just love her. I think she’s great.” She had requested fans and followers to meet her and her replica at Madame Tussauds New York.

The actress informed that the statue would soon be coming to other locations such as London, Australia and Asia.

After Nick Jonas’ wife’s replica began climbing the charts online, he went a step ahead and shared a throwback picture of his own wax statue that was unveiled in 2009 along with the Jonas brothers.

He captioned the picture, “Weird Flex but okay.” The image garnered several likes and comments and fans are quite impressed with Jonas’ act. Looks like the husband and wife are playing the tug of war and fans don’t mind it as the healthy rivalry is all in good spirit.