Priyanka Chopra gifted hubby Nick Jonas something really special. It doesn’t come as a big surprise as Nick and Priyanka’s wedding anniversary date is just around the corner. They got married on December 1 last year. 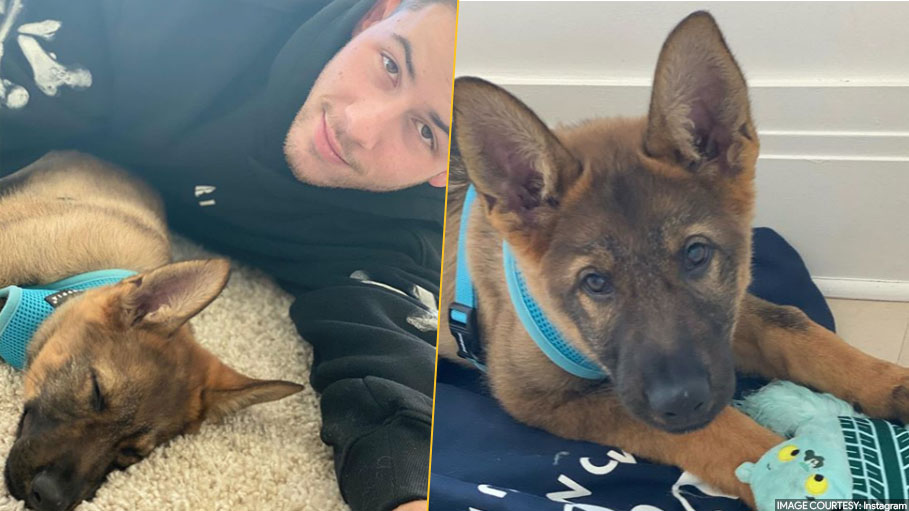 Priyanka Chopra gifted hubby Nick Jonas something really special. It doesn’t come as a big surprise as Nick and Priyanka’s wedding anniversary date is just around the corner. They got married on December 1 last year.

So, coming to the special gift, Priyanka gifted Nick a shepherd puppy and they’ve even given it an adorable name. They’ve named the little guy Gino!

Nick took to social media and captioned the post with these lines, “Pri came home with the absolute best surprise this morning. Please meet our new pup @ginothegerman I haven’t stopped smiling since I woke up this morning and finally realized what was going on. Thank you (sic).”

Piggy chops even created a video which shows the puppy jumping on Nick’s bed while he was sleeping. Without a doubt, Gino appeared very curious about meeting his new master.

The couple adopted a cute pooch named ‘Diana’ earlier which was a rescue puppy and so now they are a happy family of four. Gino is the brand new owner of an Instagram account as well.

Check out Nick relaxing with his new pet:

Priyanka shared another snapshot of Nick with the newest member of the family and she captioned it, “Back with my boys... welcome home Gino... we still love you mostest Diana.”

And here is the adorable Gino the German all by himself.

The ‘Sky Is Pink’ actress was recently in India away from her family due to work commitments. She was here for the shooting of her upcoming Netflix film ‘The White Tiger.’ She even offered her condolences to Shabana Azmi and Manish Malhotra who lost their respective parents recently while she was in the country.

In an interview to Hindustan Times, Priyanka spoke about her experiences in America after she landed a role in Quantico. She spoke about how people’s perceptions have changed towards Bollywood now. She had to face questions like “So you must be a good dancer?” and she confidently replied back to those rooted questions by saying ‘Ya, I can sing, dance and act, I am a triple threat!’ She explained that one should change these rooted perceptions that people have of Indian cinema.

Speaking of her long journey in cinema, Priyanka said, “I dug my feet in, persevered and did what I needed to do. It’s my dream that Indian cinema becomes global.”