Protests in Paris after Macron's Election Win, Cops Use Teargas 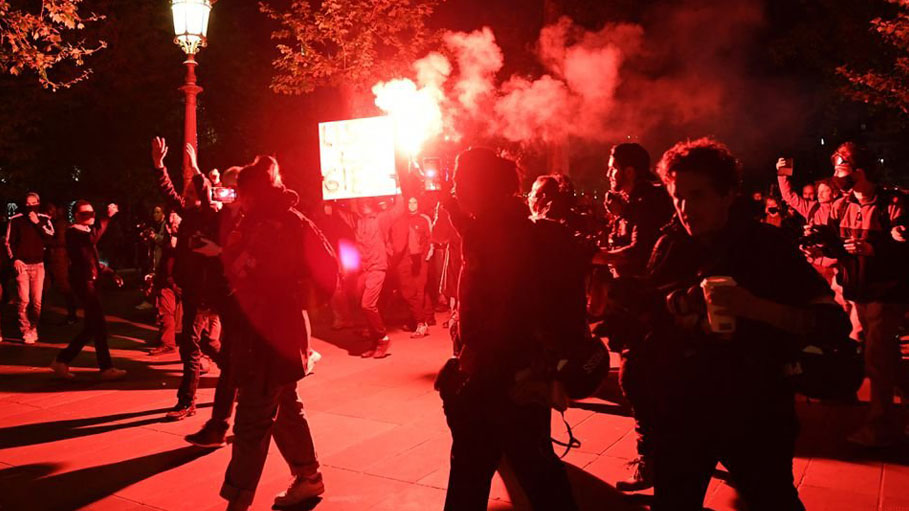 Police sought to break up a crowd of mostly young people who had gathered in the central neighborhood of Chatelet to protest, images on Twitter showed.

Macron defeated far-right leader Marine Le Pen in a runoff vote earlier on Sunday by winning a second five-year term and preventing what would otherwise have been a major political upset.

Although Macron won by a comfortable margin, the abstention rate was expected to settle at the highest since 1969, with a substantial chunk of voters unwilling to vote for either Macron or Le Pen.

Between the first round of voting and Sunday's runoff, students protested outside the Sorbonne in Paris and other universities, expressing their disillusionment with the choice on offer.