Queen Elizabeth was born on April 21, 1926, in Bruton Street, central London and became the queen of Britain in the year 1952. Since then she has been reigning as the Queen of Britain uninterruptedly for more than 67 years. 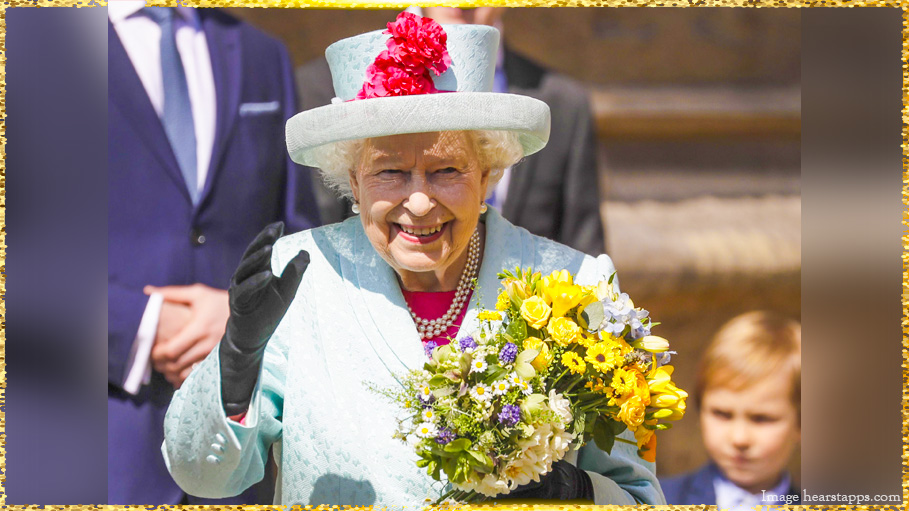 The Queen of Britain, Queen Elizabeth II, who is also the world’s oldest and longest reigning living monarch celebrated her 93rd birthday on Sunday along with the traditional Easter service at the Windsor Castle.

Queen Elizabeth II was accompanied by the members of her family, which includes her grandsons Prince William and Prince Harry and William’s wife Catherine at the Easter Mattins service in the St George’s Chapel. Meghan Markle, wife of Prince Harry who is due to give birth to the couple’s first child could not attend the morning service at the Chapel.

Meghan Markle and Prince Harry who married each other at the chapel in May last year posted a birthday greeting to the Queen from their official Instagram account. They wrote, “Happy Birthday Your Majesty, Ma’am, Granny. Wishing you the most wonderful day! Harry & Meghan”.

Queen Elizabeth was born on April 21, 1926, in Bruton Street, central London and became the queen of Britain in the year 1952 at a very young age of 25 years. Since then she has been reigning as the Queen of Britain uninterruptedly for more than 67 years.

In 2016, the 88-year-old King of Thailand, Bhumidol Adulyadej passed away and thus the Queen now holds the record for the world’s longest reigning living monarch.

The Queen has two birthdays, original and official. Her official birthday is celebrated in the month of June, but the day that falls in April is when the Queen was actually born.

This year, the monarch’s birthday coincided with Easter Sunday, the most important day in the Christian calendar. Queen Elizabeth II, who has a strong religious faith, usually celebrates Easter at Windsor Castle along with her family members at a service in St George’s Chapel.

Further in celebrations, the Band of the Irish Guards has performed a rendition of Happy Birthday in her honour on the forecourt as part of the changing of the guard ceremony at Buckingham Palace. On Monday, Gun salutes will also be performed at Hyde Park and the Tower of London in honour of the Queen.

Queen Elizabeth Names Prince Charles as Her Successor, but Now as the Leader of the Commonwealth