Frances Tiafoe of the United States produced the performance of a lifetime to send Rafael Nadal crashing out of the US Open in a stunning fourth round upset on Monday. 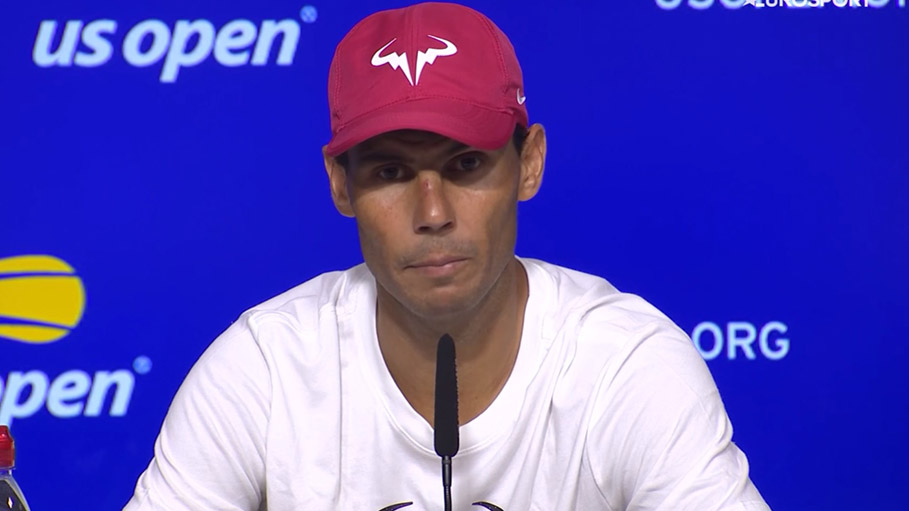 New York: Frances Tiafoe of the United States produced the performance of a lifetime to send Rafael Nadal crashing out of the US Open in a stunning fourth round upset on Monday.

Tiafoe, who had only reached one major championship quarter-final in his career before, shattered Nadal's hopes of adding to his record collection of 22 Grand Slam singles titles with a 6-4, 4-6, 6-4, 6-3 victory.

A packed Arthur Ashe Stadium crowd roared in delight as the 24-year-old 22nd seed bombarded Nadal with 18 aces and 49 winners to seal victory in 3hr 34min.

"I don't even know what to say right now," Tiafoe said after his superb victory. "I'm beyond happy, I'm almost in tears.I can't believe it.

"He's definitely one of the greatest of all time. I played unbelievable tennis today but yeah - I really don't know what happened."

Tiafoe, the son of immigrants from Sierra Leone who began playing tennis as a four-year-old when his father worked as a live-in caretaker at a tennis facility in Maryland, had never gone further than the fourth round at the US Open in seven previous appearances.

"When I first came on the scene a lot of people had expectations of me of how I would do and stuff, but I wasn't ready for it. Mentally I wasn't mature enough for those moments," Tiafoe said.

"But these last couple of years I've been able to put my head down and develop."

Nadal paid tribute to Tiafoe's performance, and admitted he had struggled to cope with the American's tactic of moving him around the court.

"I played a bad match and he played a good match. At the end that's it, no?," Nadal said.

"Tennis is a sport of position a lot of times, no? If not, you need to be very, very quick and very young. I am not in that moment anymore," the 36-year-old said.

In two previous matches against Nadal, Tiafoe had never taken a single set off the Spanish legend.

However he set the tone for magical performance early in Monday's match, grabbing the first with a break of serve to go 4-3 up in the first before taking the set.

Nadal hit back to level in the second set as Tiafoe nervily double-faulted on set point.

But the American regrouped superbly in the third, sending Nadal scampering across the baseline repeatedly with some pinpoint groundstrokes into the corners.

He broke for a 4-3 lead once more and then held for 5-3. After Nadal held to close the gap, Tiafoe served for the set and clinched a 2-1 lead with an ace after a masterful running forehand winner down the line had taken him to match point.

The turning point in a pivotal fourth set came soon after Nadal had swept into a 3-1 lead, roaring with delight after breaking Tiafoe and seemingly poised to force a fifth set.

Tiafoe however broke back to cut the deficit, cleverly moving Nadal out of position before hammering a forehand into the corner to make it 3-2.

Nadal almost struck back immediately in the next game however, earning two break points at 15-40.

But Tiafoe responded magnificently with four straight points to hold with an ace to level the set at 3-3.

From there, Tiafoe's momentum proved irresistible and he broke once more for a 4-3 and then held serve after blasting his 18th ace of the game for 5-3, before scoring another break to clinch victory.