Ready Player One: The Steven Spielberg Sci-Fi Movie is Releasing This March End

‘Ready Player One’, the official trailer of this American sci-fi adventure movie is nearing its release this March. And one most important reason, why this movie is making a lot of noise, is Steven Spielberg! 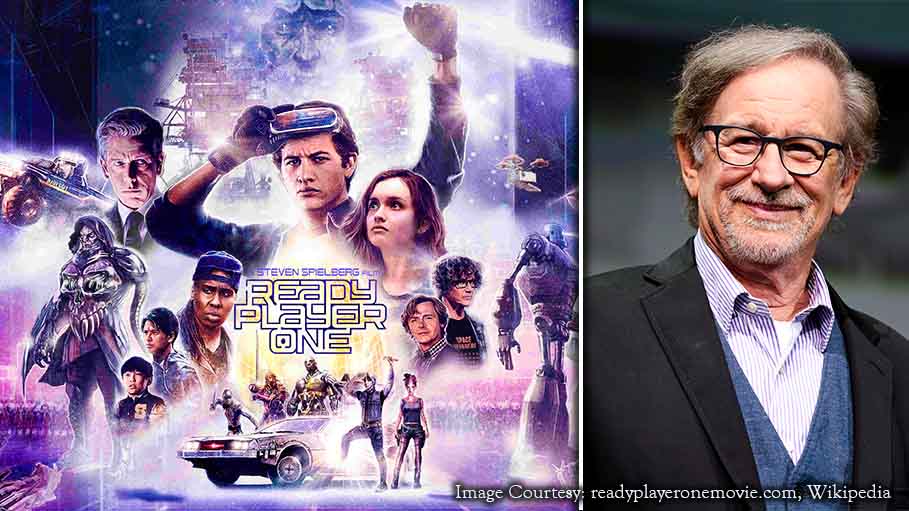 ‘Ready Player One’, the official trailer of this American sci-fi adventure movie is already doing the rounds on social media platforms, as the film is nearing its release this March. And one most important reason, why this movie is making a lot of noise, is Steven Spielberg!

What’s in a name? But sometimes, the name is enough! Legendary Hollywood director, Steven Spielberg is coming to thrill you this spring-summer, with ‘Ready Player One’. The science-fiction adventure film is directed and produced by Spielberg himself. Here’s the trailer:

Based on Ernest Cline’s 2011 novel, ‘Ready Player One’, the film will be hitting the theaters near you this March end. Its premiere show in US took place on March 11, and in the next 3 days it will have its worldwide release.

The film is set in the year 2045 and from the looks of the trailer it appears, the planet Earth has become nothing but a wreckage and lacks its natural humane spirit. Its residents are excessively dependent of technology and machines to flee the severe world around. For example VR! People here have nothing to do but to rely on Virtual Reality for everything they want to enjoy in life! It’s called OASIS in the film. And yes, you can expect a lot of visual effects to blow your mind.

Tye Sheridan, the protagonist in the movie plays Wade Watts (trailer introduces him) and is paired against Olivia Cooke. Sheridan seems to be quite impressive in the trailer show. Other casts include, Mark Rylance, Simon Pegg, Ben Mendelsohn, T. J. Miller.

Well, being a movie buff I really don’t want to spoil your big screen watch, (I know how much that hurts), but, I’m sure you won't mind to count in some critic reviews.

“It's an accomplished and intermittently hypnotic movie. Yet you may feel like you're occupied more than you are invested.”

“A rollicking adventure through worlds both bleak and fantastic, Steven Spielberg's Ready Player One makes big changes to the specifics and structure of Ernest Cline's best-selling novel but keeps the spirit and level-up thrills intact.”

Although the YouTube trailer of the film is getting mixed reactions, I feel, it’s definitely going to be a worth watch. And why not? The film, ‘Ready Player One’ treasures one of the brightest stars of Hollywood, i.e. Steven Spielberg. And Steven’s never gonna let us down, be it 2018 or 2045!