Priyanka Chopra Jonas and Parineeti Chopra are representing Disney ‘Frozen 2’ fictional sisters through their voices, for its Hindi dubbed version. 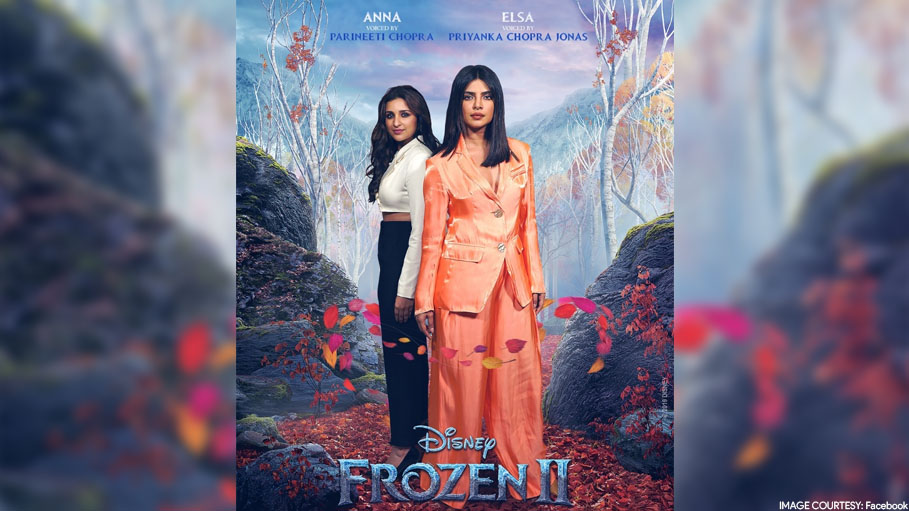 PeeCee tweeted a 7-second video clip putting up the news featuring the fictional siblings, followed by Priyanka and Pareeniti in their positions. This is for the first time, the Chopra sister duo is to be seen in a film, and that too in a Hollywood animated sequel.

Mimi & Tisha are now Elsa & Anna! The #ChopraSisters are finally coming together for Disney’s #Frozen2. Can’t wait for you guys to see us…I mean HEAR us bring these amazing, strong characters to life in Hindi. In cinemas Nov 22.@ParineetiChopra @DisneyStudiosIN #FrozenSisters pic.twitter.com/N0c8c0g1Rx

Its first installation ‘Frozen’ released in 2013 wasn’t only a massive box office success, but its characters went on to become a favourite amongst children across the world. The fantasy drama revolving two princess sisters was substantially heartwarming and a sequel, of course, was anticipated.

Idina Menzel as Elsa and Kristen Bell as Anna have been the original voices.

On enacting Elsa Priyanka shared, “Elsa is a fictional character who’s known to be strongly-opinionated and level headed, traits that I deeply connect with. This not only made me want to be part of the film but also gives me a wonderful opportunity to present one of the most successful animated films to our local audiences…. My happiness just goes up a notch knowing that Parineeti will be voicing Anna’s character. The two of us have never worked together before and this seems like a perfect movie to come together and an experience that I am going to cherish forever,”.

This particular trend of roping in Bollywood megastars as the lead-voices of Hollywood animated or fantasy motion pictures, is going pretty strong and successful in the recent times.

For the all time classic ‘The Lion King’ live-action version, the Badshah of Bollywood, Shahrukh Khan paired with his son Aryan, portraying protagonists Mufasa and Simba.

The most gorgeous Aishwarya Rai Bachchan is now a part of the Hindi cast of ‘Maleficent 2’, originally donned by another bold beauty Angelina Jolie.

Well, now with Priyanka and Pareeniti onboard, ‘Frozen 2’ would reach a much greater audience tapping the farthest corners of India.

Do You Know about the Real-Life Syndrome Shown in the Joker Movie?