Reese Witherspoon’s Book ‘Whiskey in a Teacup’ Is No.1 in New York Times Bestseller List

For those wondering what Reese Witherspoon’s book is all about, WhiskeyInATeacup is #1 on the New York Times Best Seller list, depicts the actress’ reflection on her growing up years and the traditions she learned from her family and friends in the south. 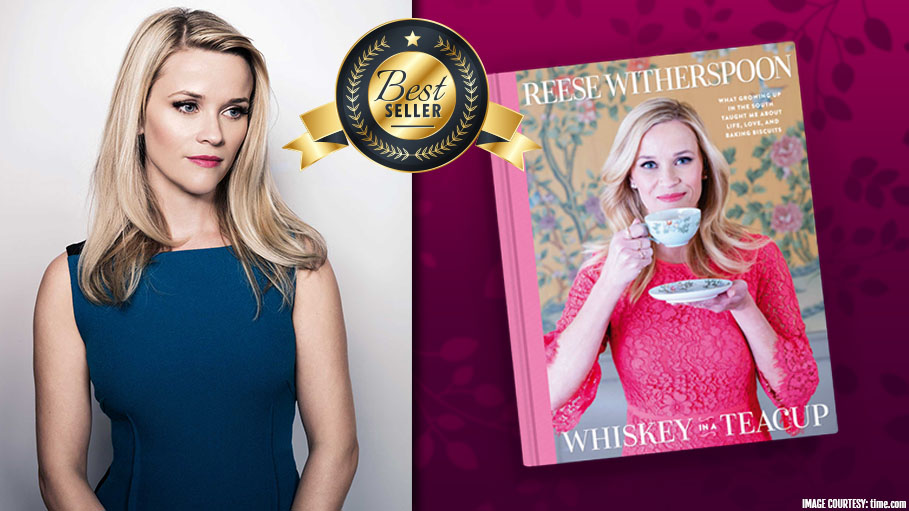 Reese Witherspoon’s book ‘Whiskey in a Teacup’ has hit the number one spot in the New York Times bestseller list. The actress turned author took to Instagram to share the good news.

Reese Witherspoon was on top of the world when she shared the exciting news about her new book ‘Whiskey in a Teacup.’ The actress posted an image of the hot-selling book and captioned the image with these lines, “AHHH!! I just got chills!!!! #WhiskeyInATeacup is #1 on the New York Times @nytimes Best Seller list! Thanks to ALL OF YOU — who purchased this book, pre-ordered, came to see me on the book tour, drank whiskey, wore hot curlers, and made this possible!”

Reese Witherspoon’s book which was released on September 18 even outsold Chrissy Teigen’s cookbook ‘Cravings: Hungry for More’ this week. For those wondering what Reese Witherspoon’s book is all about, ‘Whiskey in a Teacup’ is depicts the actress’ reflection on her growing up years and the traditions she learned from her family and friends in the south. It’s all about her personal experiences that made her the person she is today. The title of the book is inspired by one of her grandmother’s sayings and aims to focus on the fiery nature of Southern women despite them having soft exterior personas. Witherspoon has also included some recipes that are very popular in her home.

The ‘Legally Blonde’ actress seems to be having a time of her life both professionally and on the personal front too. The dynamic star has ventured into various areas and all her ventures are working pretty well in her favor. She’s basking in the adoration of her fans who praised her for successfully creating her production company, Pacific Standard Films; her content company, Hello Sunshine; her clothing line, Draper James; her Direct TV channel that focuses on uplifting women; her popular book club and her Crate and Barrel tie-in home wear line. The star has described how she brought it all together in her new book which makes it worth reading.

Reese Witherspoon’s book has got some celebrity followers too. Actress Kate Hudson who is currently pregnant showed off her copy of the book in her Instagram story and wondered if anyone of Witherspoon’s recipes could help her get into labor. “I figure a little shot of whiskey could put me into labor,” Hudson said. “I’m looking for that chapter right now. How do Southern girls get labor going?”

Reese Witherspoon’s successful ventures indicate that she does have the Midas Touch. And not to forget her talent, her struggles and hard work has brought her to where she is today. The New York Times' bestselling author has worked hard and she’s evidently enjoying the fruits.