Actress Rhea Chakraborty was spotted with her brother Showik by the media after a long hiatus. They were seen in Bandra this Sunday and they are looking for a new house to move in. 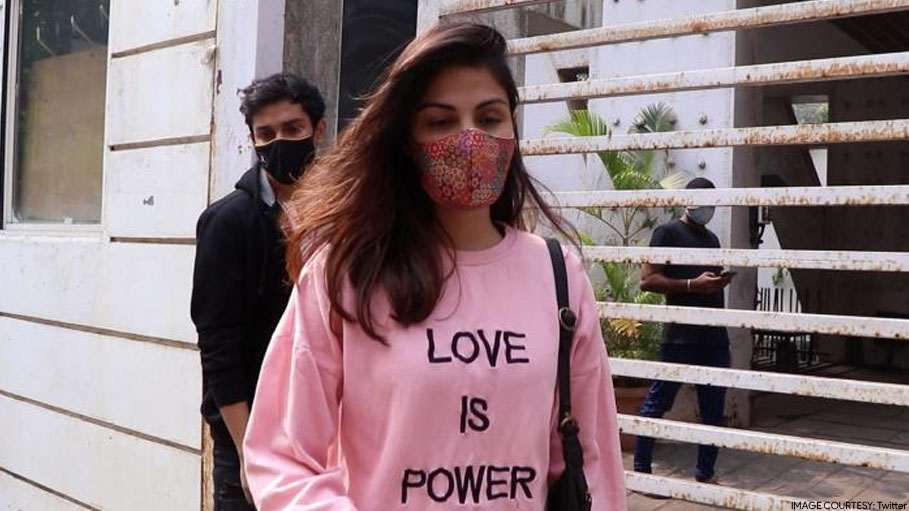 Actress Rhea Chakraborty was spotted with her brother Showik by the media after a long hiatus. They were seen in Bandra this Sunday and they are looking for a new house to move in.

She was seen wearing a pink t-shirt with the words ‘Love is Power’ inscribed on it. Both the sister and brother were with masks on.

The actress is known for making bold statements through her fashion choices especially when the media went out of their way to target her viciously during the Sushant Singh trial. A couple of months back; she had worn a black tee that had the words, “Roses are red, violets are blue, let's smash the patriarchy, me and you”, inscribed on it. These words had caught the attention of the paparazzi and even popular celebs went on to share these powerful words on their prime social media platforms in support of Rhea. The whole ordeal in 2020 was literally a witch-hunt. This was even before the court gave its verdict which makes it a ‘rarest of rare’ case. Despite the unnecessary harassment and mental torture for months, the actress persevered. She was highly resilient and conducted herself in the most dignified way possible.

Even her lawyer Satish Maneshinde had many good things to say about his client. He called her the ‘Bengal Tigress’ and said that she will fight back.

Filmmaker Rumi Jaffery who was a close friend of Rhea and Sushant Singh Rajput, had this to say about the actress: “It has been a traumatic year for her. Of course, the year was bad for everyone. But in her case, it was trauma on another level. Can you imagine any girl from a well-to-do middle-class family spending a month in jail? It has crushed her morale completely.”

“She was withdrawn and quiet. Didn’t speak much. Can’t blame her after what she has gone through. Let the heat and dust settle down. I’m sure Rhea will have a lot to say,” he said.

The filmmaker said that she is recuperating and gaining strength. She will join back work in 2021 and he’s sure that bollywood would welcome her with open arms.