Rhea Chakraborty Hits Back Her Troller with a Befitting Reply

After a month’s long break Rhea has made a comeback with two hard-hitting social media posts. 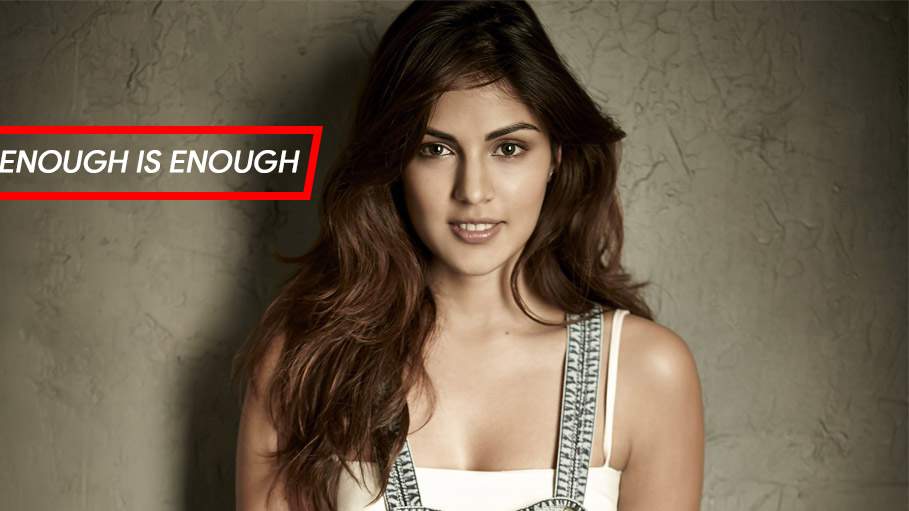 Actress Rhea Chakraborty has maintained a low profile since Sushant Singh Rajput’s controversial death sent shockwaves among followers across the world. The courageous actress has handled the whole ordeal with a lot of grace and dignity.

Netizens have expressed their anger over Sushant’s death through various platforms, an event that has never been witnessed, over the death of any actor in the history of Indian cinema.

Numerous theories began doing the rounds over the cause of his death. Amidst the chaos, gossip and confusion, Sushant’s girlfriend Rhea maintained a dignified silence.

A rising actress to experience such a tragic event especially at a juncture when her career was just taking off is not a trivial matter to deal with for a young actress. She was interrogated for hours before Mumbai police officers even before she had enough time to mourn her boyfriend’s sudden death. Many netizens held her responsible for Sushant’s death with no concrete proof while coming up with various theories. After a month’s long break Rhea has made a comeback with two hard-hitting social media posts.

In one of the posts, she mentioned that she’s struggling to deal with her emotions and that she’ll never come to terms with this loss. She further elaborated that the moon, stars, and the galaxies would’ve welcomed “the greatest physicist” with open arms.

While in another post she has confirmed for the very first time that she was Sushant Singh Rajput’s girlfriend. In a twist of events in this ever-complex case, Rhea has urged Home Minister Amit Shah to initiate a CBI inquiry as she eagerly hopes to find out the reasons that coerced him to take such an extreme step. The actress has also shared a message from apparently a woman named Mannu Raut who has given the actress rape and murder threats. The troller also threatened that she’ll get the actress killed. Rhea hit back at her troller with these words:

But how does my silence give you the right to tell me that you will get me RAPED and MURDERED if I don’t commit suicide @mannu_raaut ?

Do you realize the seriousness of what you have said? These are crimes, and by law no one, I repeat NO ONE should be subjected to this kind of toxicity and harassment.”

Kudos to Rhea for giving a befitting reply to her troller and others like her who speculate and write toxic content which is a form of online harassment. We hope her answer would act as a deterrent to other trollers who are waiting to pounce on their next victim through the easiest platform- social media.

SEE ALSO:
Rhea Chakraborty Summoned By the CBI for Questioning