Rhea Chakraborty Summoned By the CBI for Questioning

Actress Rhea Chakraborty is being interrogated by the CBI today at DRDO guest house. After months of staying silent, Rhea Chakraborty was given a platform by certain media channels to reveal her side of the story. 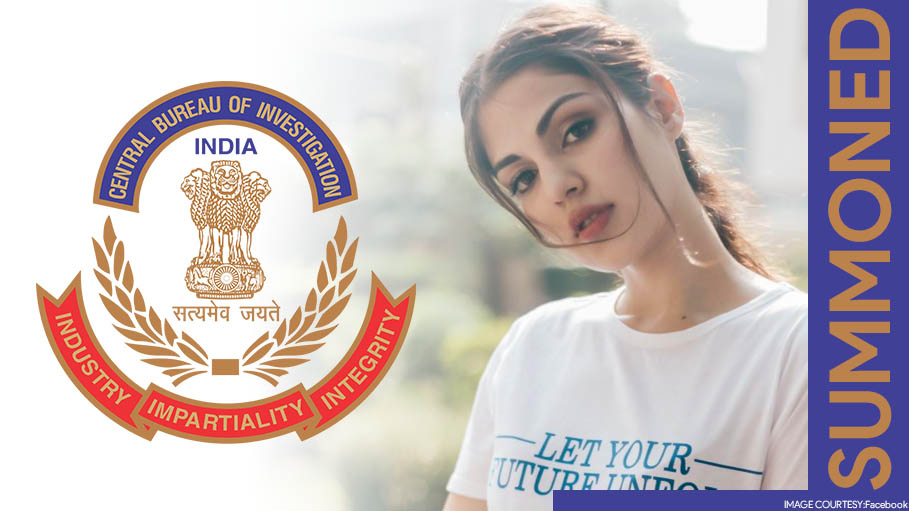 Actress Rhea Chakraborty is being interrogated by the CBI today at DRDO guest house. The one to one session includes questions on the “WhatsApp drug chats”, whether she administered Cannabidiol to Sushant, the reason for leaving Sushant Singh’s home, the person who informed her about Sushant’s death, where she saw his body, details about his health, the doctors he used to visit and other angles crucial to the case. She will be questioned by CBI SP Nupur Prasad.

Gaurav Arya whose name appeared in the Whatsapp chats with Rhea concerning drugs will appear before ED (Enforcement Directorate) on August 31.

After months of staying silent, Rhea Chakraborty was given a platform by certain media channels to reveal her side of the story.

She answered all the questions posed to her without any hesitation. She also came up with some key revelations during her TV interviews, one of them being that Sushant was on drugs even before they met. She tried to coerce him to get rid of the weed habit. He was also upset about the “#MeToo” allegations.

She confessed that she never lived off Sushant’s money. As a couple he showered her with gifts likewise she also returned the favour. Speaking about the huge money transactions she said, “Well...where are those 15 crores? Find them!”

She did not abandon Sushant. The only reason she left Sushant’s home on the 8th of June is because he had asked her to leave.

The actress claimed that everything she says is being misconstrued by the media. She’s being treated worse than a “terrorist” while her father had served the nation as an army officer for so many years. All she wants is a fair trial!

Despite Rhea becoming the object of severe criticism since Sushant’s death came to the forefront, a section of netizens supported her in social media with posts hashtagged #JusticeForRhea.

Why were they so many loop holes in the post mortem process? Are powerful and mighty people behind this mysterious case?  Is Rhea a victim in this murky plot? We hope the CBI comes up with some concrete answers soon and the guilty most certainly must pay the price if Sushant’s death was a “planned murder” and not a suicide.

Rhea Chakraborty Hits Back Her Troller with a Befitting Reply