After Roseanne Barr tweeted in support of president Trump, praising him for freeing many children who were held by pimps, she has received flak on Twitter for not getting her facts right. 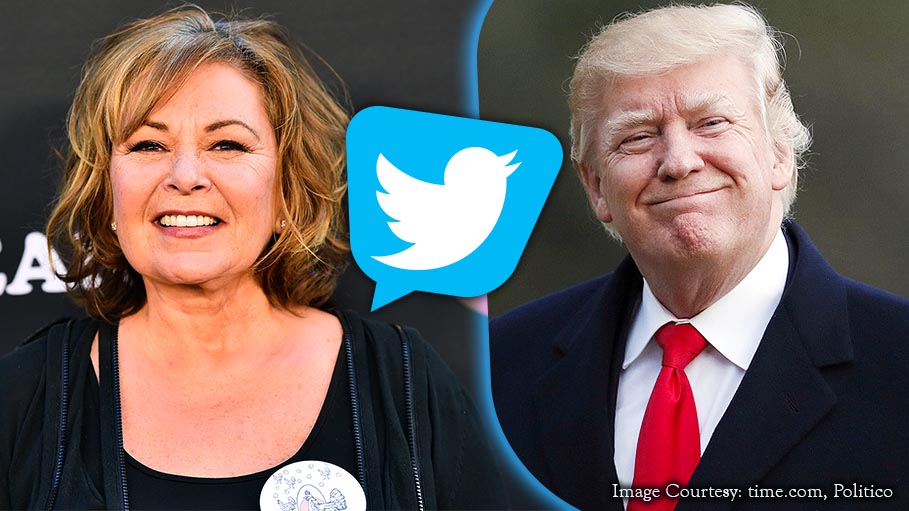 After Roseanne Barr tweeted in support of president Trump, praising him for freeing many children who were held by pimps, she has received flak on Twitter for not getting her facts right. The social media is full of negative tweets questioning the source of her information.

Barr tweeted, “President Trump has freed so many children held in bondage to pimps all over this world.”  She also added, “Hundreds each month. He has broken up trafficking rings in high places everywhere. notice that. I disagree on some things, but give him benefit of doubt-4 now.”

Reacting to Barr’s tweet, one person tweeted, “I heard that Trump landed on the moon!”

“Trump went back in time and invented the wheel!”

“Ever heard of the letter Q? Thanq Trump!”

Another user tweeted, “He has done no such thing- this is a dangerous lie to spread.”

Barr may not have expected such a backlash. The people on social media found it difficult to accept this bit of news about Trump.

Barr tweeted her comments after the White house had issued a proclamation on Friday declaring April as “National Sexual Assault Awareness and Prevention Month.” This proclamation was made in order to stop sexual crimes, to raise awareness about the different forms of sexual violence, prosecute those who are responsible for such crimes and provide care and support for the victims.

A reboot of Roseanne was aired on March 27, 2018. Back to back episodes were shown which had around 18 million people viewing the show and it received a score of 5.1. The show will be getting a second season too.

With the success of Roseanne many viewers are wondering if other past shows having political overtones will be brought back. Tim Allen's ‘Last Man Standing’ being one of them.

‘Last Man Standing’ stopped being aired by ABC even though it was doing well and many felt it was stopped because of the views that were being shown on the show.

The revival of the show is a result of the brainstorming of the executives of the ABC company. They had a meeting to discuss what they could do to better the company’s name. They wracked their heads to find out which kind of audience they were neglecting and not catering to. By the end of the brainstorming session, they devised a plan to reboot a past show, depicting a Midwestern family. They wanted a show that would target those who voted for President Trump. The Company wanted to air a show that would appeal to those viewers who were overlooked earlier. The reboot of Roseanne was a result of the aim of the company to cater to the needs of the neglected viewers.

The co-creator, Roseanne Barr stars in the show who has taken the role of a Trump supporter who is at loggerheads with her liberal sister, played by Laurie Metcalf. The reboot was a hit with the audience and President Trump personally called Roseanne to congratulate her. Trump was elated with response Roseanne received because it had a conservative leaning. In one of his meets he said, “Look at Roseanne! Look at her ratings!” He went on saying, “They were unbelievable! Over 18 million people! And it was about us!”

There is no love lost between Hollywood and Trump and this could be seen in the award shows like the Golden Globes and the Oscars where Trump was mocked. However Roseanne Barr has not shied away from showing her support for Trump.