Russia to Withdraw from ISS, 24-Year Partnership with US to End

Russia's new space chief announced on Tuesday his country plans to withdraw from the International Space Station after 2024, but senior NASA officials said Moscow has not formally conveyed an intent to end its two-decade-old orbital partnership with the United States. 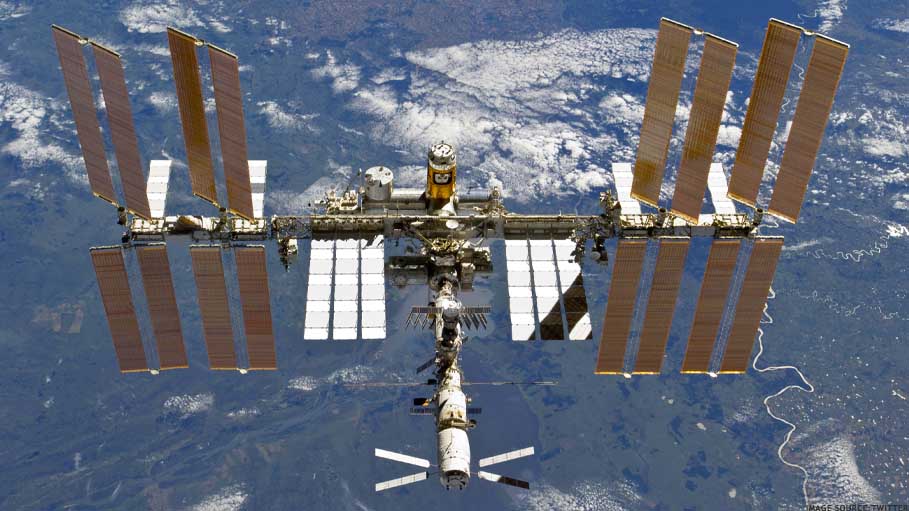 Washington: Russia's new space chief announced on Tuesday his country plans to withdraw from the International Space Station after 2024, but senior NASA officials said Moscow has not formally conveyed an intent to end its two-decade-old orbital partnership with the United States.

While heightened tensions between Moscow and Washington over Russia's invasion of Ukraine have raised months of doubt about future American-Russian space cooperation, the announcement by Yuri Borisov, the newly appointed director-general of Russia's space agency Roscosmos, came as a surprise.

The two former Cold War adversaries signed a crew exchange agreement less than two weeks ago allowing US astronauts and Russian cosmonauts to share flights on each other's spacecraft to and from International Space Station (ISS) in the future.

NASA Administrator Bill Nelson issued a statement reiterating the US commitment to keeping the ISS in operation through 2030, adding the space agency "is coordinating with our partners."

"NASA has not been made aware of decisions from any of our partners, though we are continuing to build future capabilities to assure our major presence in low-Earth orbit," he said.

Launched in 1998, the ISS has been continuously occupied since November 2000 under an US-Russian-led partnership that also includes Canada, Japan and 11 European countries.

"Of course, we will fulfill all our obligations to our partners, but the decision about withdrawing from the station after 2024 has been made," Borisov told Russian President Vladimir Putin on Tuesday.

Robyn Gatens, NASA's ISS director, said her Russian counterparts have not communicated any such intent as required by the intergovernmental agreement on the orbiting research platform.

"Nothing official yet," Gatens said in an interview at an ISS conference in Washington. "We haven't gotten anything official."

White House spokesperson Karine Jean-Peters likewise said Moscow "has not formally notified the United States of their intention to withdraw from the ISS."

"We're exploring options to mitigate the potential impacts on the ISS beyond 2024 if Russia does withdraw," she added in a briefing for reporters.

The space station was born in part from a foreign policy initiative to improve American-Russian relations following the collapse of the Soviet Union and the Cold War hostility that spurred the original US-Soviet space race.

The ISS arrangement, which has endured numerous strains over the years, has stood as one of the last links of civil cooperation as Russia's Feb. 24 invasion of Ukraine sent relations between Washington and Moscow to a new post-Cold War low.

NASA and Roscosmos had been in talks to extend Russia's ISS participation to 2030. The White House this year approved NASA's plans to continue running the ISS until then.

Borisov's remarks on Tuesday followed a pattern similar to those of his predecessor, Dmitry Rogozin, who during his tenure would occasionally signal an intent to withdraw from the ISS - in contrast with official talks between NASA and Roscosmos.

Asked for clarification on Russia's space station plans, a Roscosmos spokeswoman referred Reuters to Borisov's remarks without saying whether it represented the agency's official position.

The US and Russian segments of the ISS, spanning the size of a football field and orbiting some 250 miles (400 km) above Earth, were deliberately built to be intertwined and technically interdependent.

For example, while US gyroscopes provide day-to-day control over ISS orientation in space and U.S. solar arrays augment power supplies to the Russian module, the Russian unit provides the propulsion used to keep the station in orbit.

"You can't have an amicable divorce," Garrett Reisman, a retired NASA astronaut and current astronautical engineering professor at the University of Southern California, told Reuters in an interview. "We're kind of stuck together."

Former Russian space chief Rogozin had previously said that Russia could not agree to extend its ISS role beyond 2024 unless the United States lifts sanctions on two Russian companies blacklisted for suspected military ties. Putin removed Rogozin as space chief on July 15, replacing him with Borisov, a former deputy prime minister and deputy defense minister.

SEE ALSO:
The US withdraws from Historic 1987 Nuclear Pact with Russia