Russia Turns to Mercenaries in Ukraine Frontline as Troops Deplete

Russia has tasked mercenaries to hold sections of the frontline in Ukraine in a sign it is running short of combat infantry, Britain's Ministry of Defence said on Friday, as Kyiv steps up a counter-offensive in the south. 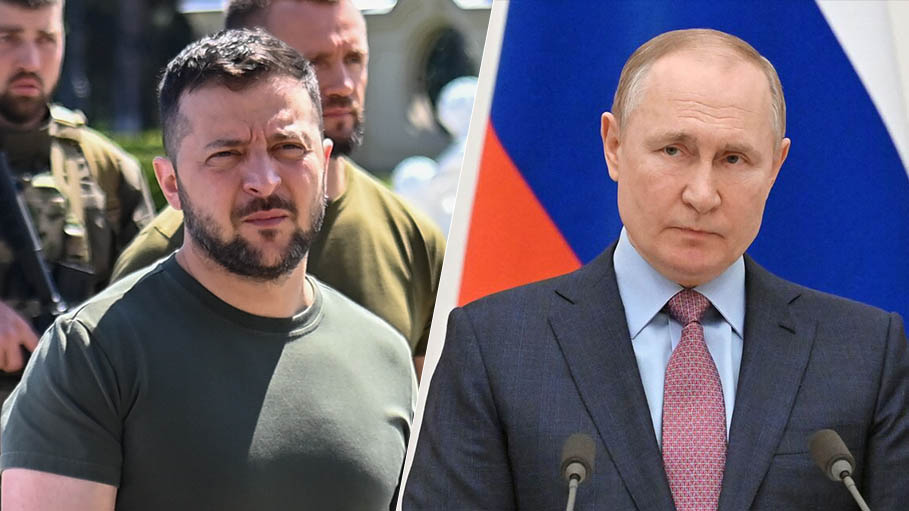 Kyiv: Russia has tasked mercenaries to hold sections of the frontline in Ukraine in a sign it is running short of combat infantry, Britain's Ministry of Defence said on Friday, as Kyiv steps up a counter-offensive in the south.

Greater reliance on paid fighters from the Russian private military company Wagner Group for frontline duties rather than their usual work in special operations would be another sign that Russia's military is under stress six months into its war in Ukraine.

But the British defence ministry said in an intelligence update that Wagner mercenaries were unlikely to make up for the loss of regular infantry units or alter the trajectory of Russia's invasion.

"This is a significant change from the previous employment of the group since 2015, when it typically undertook missions distinct from overt, large-scale regular Russian military activity," the ministry said on Twitter.

Wagner and the Kremlin were not immediately available for comment outside regular business hours.

Officials in Kyiv said on Wednesday they had observed a "massive redeployment" of Russian forces to the south where British defence officials believe Russia's 49th Army, stationed on the west bank of the Dnipro River, is vulnerable.

The southern city of Kherson, key to Russia's overland supply lines from Russian-annexed Crimea, was now virtually cut off from the other territories occupied by Russia, British intelligence said on Thursday.

Kherson region fell to Russian forces soon after they began what Moscow calls "a special military operation" on Feb. 24. Ukraine describes Russia's invasion as an imperial-style war of conquest.

The Ukrainian military has used Western-supplied long-range missile systems to badly damage three bridges across the Dnipro in recent weeks, making it harder for Russia to supply its forces on the western bank.

Ukraine said its planes struck five Russian strongholds around Kherson and another nearby city on Thursday, the focus of its biggest counter-offensive of the conflict.

Russia bombed Kyiv's outskirts for the first time in weeks on Thursday. Fifteen people were injured when missiles hit military installations in Vyshhorod district on the edge of the capital, regional Governor Oleksiy Kuleba said on Telegram.

The attack shattered the sense of normalcy that has returned to life in Kyiv since Russian forces abandoned attempts to capture the city in the first weeks of the war, in the face of fierce Ukrainian resistance.

More than 10 Russian missiles also hit the Chernihiv region northeast of Kyiv, regional Governor Vyacheslav Chausov told Ukrainian TV on Thursday. Like Kyiv, Chernihiv had not been targeted for weeks.

The North district command of the Ukrainian armed forces said more than 20 missiles had been fired at Chernihiv region bordering Russia from a base in Belarus - Russia's ally.

Reuters could not verify the battlefield reports.

Ukraine's counter-attacks in the south come as Russia continues to battle for control of the entirety of the industrialised Donbas region in the east, comprising the provinces of Donetsk and Luhansk.

Russian forces shelled the town of Bakhmut, which has been cited by Russia as a prime target in its advance through Donetsk, four times on Thursday, Donetsk regional governor Pavlo Kyrylenko said on Telegram. At least three people were killed and three were injured, he said.

As the fighting rages, international efforts continued to try to reopen Ukrainian ports and allow exports of grain and other commodities.

Allowing safe passage for grain shipments from Ukraine should ease shortages that have left tens of millions of people around the world facing soaring food prices and hunger.

Russia and Ukraine struck a deal last week to unblock grain exports from Black Sea ports, but U.N. aid chief Martin Griffiths said "crucial" details for the safe passage of vessels were still being worked out.

Griffiths was hopeful the first shipment of grain from a Ukrainian Black Sea port could take place as early as Friday.

SEE ALSO:
Woman Pilgrim from Russia Stuck in Tirupati Since March, Assured of All Help to Return

"You're My Hero": Hollywood's Ben Stiller to Zelensky in Kyiv