Royal fans can now personally congratulate the couple by sending them a personalized note on the arrival of their baby. 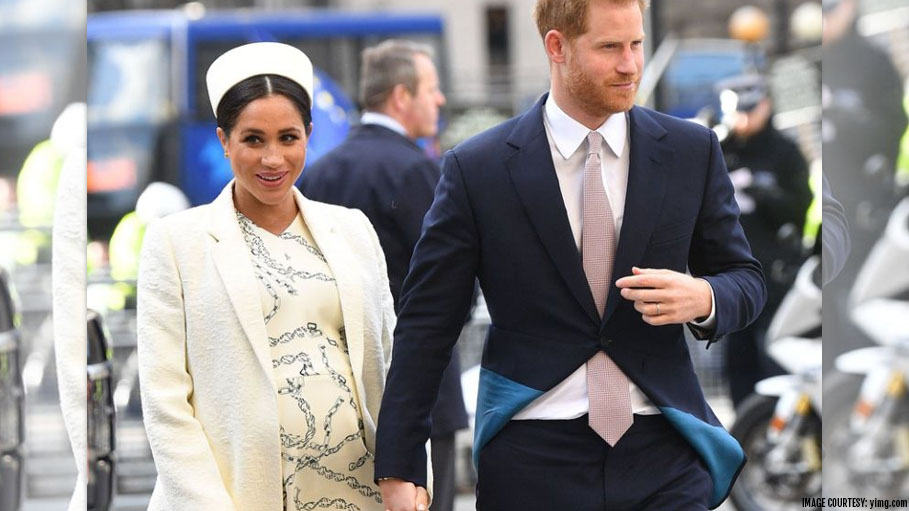 If you are a true Royal patriot and desire to send wishes to the Royal couple, there’s good news for you! Royal fans can now personally congratulate the couple by sending them a personalized note on the arrival of their baby. One can send wishes through the Kensington Palace social media accounts however since Meghan is known to be off Twitter, there’s an alternate way too. You can send it through mail.

Use the address given below to send a personalized wish or a card.

If you are one of those lucky ones, you may even end up receiving a return message from the palace. Harry and Meghan are well-known for repaying fans in kindness by replying to their wishes. So, don’t forget to mention your return address too as you may just as well end up receiving a note from the Royal team! It’s also being said that since Meghan Markle was a Calligraphy instructor, she has a penchant for handwritten notes.

Harry, 34 and Meghan, 37 returned the favour when well-wishers sent them congratulatory messages on their wedding. Post the wedding; the well-wishers received return-thank-you cards. The cards included a romantic black and white picture of the couple encased in an envelope that contained the Kensington Palace’s crest. There was also a note written on behalf of the couple. The black and white portrait was clicked on their wedding by photographer Alexi Lubomirski.

The note read, “It really was most thoughtful of you and greatly appreciated by The Royal Highness who send you their very best wishes.”

The message that was written on behalf of the couple was:

“The Duke and Duchess of Sussex have been overwhelmed by all the incredibly kind cards and letters they have received on the occasion of their Wedding and are so touched that you took the trouble to write as you did.”

The message continued, “It really was most thoughtful of you and greatly appreciated by The Royal Highness who send you their very best wishes.” Fans who sent wishes on the Duke and Duchess’ Birthday also received thank you cards.

In response to her birthday wishes, Meghan chose to send her followers a photograph of her trip to Ireland with Harry in July.

Whereas Prince Harry chose to pay back his well-wishers who wished him for his 34th birthday in September by sending a smiley photograph of himself during his trip to Guyana.