In the 2018 Forbes ranking of the top 100 highest earning athletes of the world, not a single woman athlete features other than the 36-year-old Serena Williams. 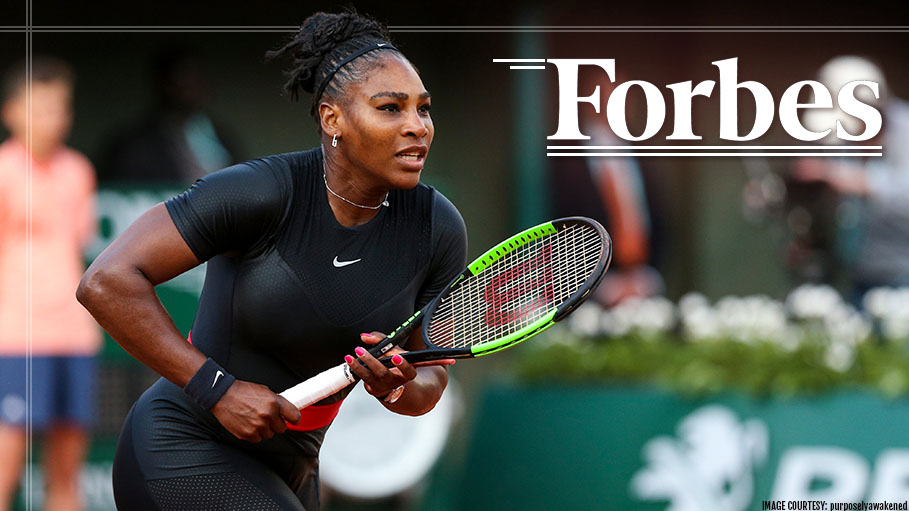 In last one year, though Serena Williams has played only three tournaments and won just $62,000 as prize money, yet she topped the Forbes list of the world's highest earning female athletes.

After her declaration of pregnancy in January 2017, she is not only playing since last 14 months, but also still the 23-time grand slam champion who earned $18.1 million as the endorsement was enough for her to retain the position in the list. On the other hand, only 16 male athletes across the world have earned more than Serena Williams in the past one year from sponsorship only.

All the top 10 females have together earned $105 million between June 2017 to June 2018, which is down by 4% from last year and 28% compared to the last five years. Though in the 2018 Forbes ranking of the top 100 highest earning athletes of the world, not a single woman athlete features other than the 36-year-old Serena Williams.

According to the Forbes, the downturn trend of the total earning of the highest paid women athletes is because of the retirement of popular tennis players like Li Na, Ana Ivanovic and Car race driver Danica Patrick who also ranked ninth on the list. Whereas Maria Sharapova’s earning falls by more than 50% because of her continued 16 months suspension for doping.

In the list of top 10 women athletes, Caroline Wozniacki, who is the Australian Open Champion is second next to Serena Williams with her total earning of $13 million, while the reigning US Open Champion, Sloane Stephens with her total earning $8.7 million is third on the list. The list also features Indian badminton player PV Sindhu and Patrick, along with 8 others on the list.

Serena Williams though played only three tournaments and one Grand Slam in the span of one year, she played the BNP Paribas Open in Indian Wells, the Miami Open, and the French Open. In the French open she made it to the fourth round but pulled out because of an injury. Prior to these tournaments, she has missed all the tournaments for more than a year because of her pregnancy, which was followed by maternity leave.

Organization “Women To Look Up To” Has Come Up With Beyonce, Serena And Hillary Clinton Tree Toppers. Take Your Pick

French Open Banned Serena Williams’ Black Catsuit, Was It Disrespectful at All?