Shah Rukh Khan as Mufasa Will Give You Goosebumps, Hear Him Out in and as ‘The Lion King’

Disney is all set for the grand release of the live-action spin-off of the animation classic ‘The Lion King’ and Shah Rukh Khan is Mufasa in its Hindi dubbed version, spreading magic with his voice. 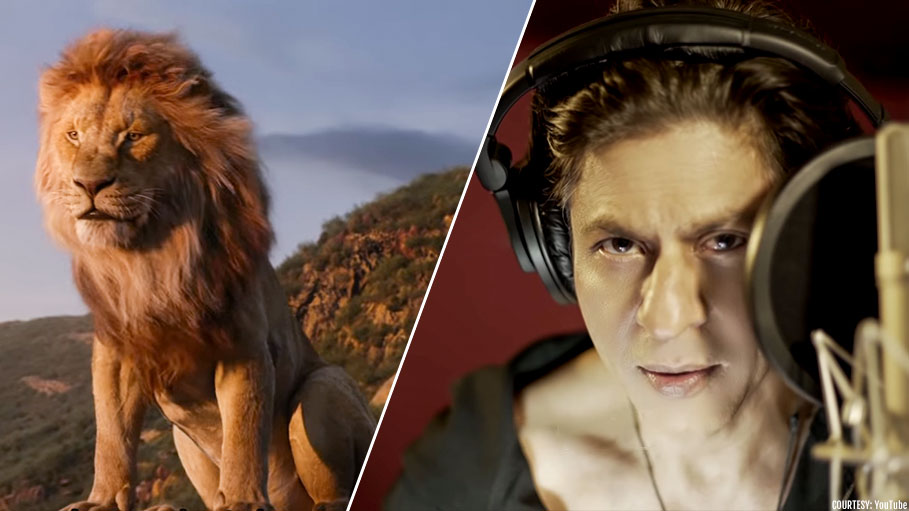 The King Khan of Bollywood is also the new Lion King and his new video on social media is spreading magic all over!

The live action spin-off of Disney’s animated classic, ‘The Lion King’ is releasing July 17, 2019, and Shah Rukh Khan will be rendering his emotionally hypnotic voice to the great Mufasa, in its Hindi dubbed version.

The Badshah of Bollywood has posted a video on his social accounts that lets you have a brief yet irresistible suggestion of how Mufasa is going to sound in Hindi. And without getting into the comparison with the original one, it sounds splendid, bewitching and going to give you goosebumps for sure!

Delighted to be a part of this global legacy. In Cinemas 19th July. Yaad Rakhna. #TheLionKing @disneyfilmindia https://t.co/T2OfU4JspC

What’s more? Aryan Khan, Shah Rukh’s elder son will be voicing Simba in the Hindi version of the film. This father-son killer combination is definitely something in ‘The Lion King’, you should watch out… oops I mean, hear out for.

It goes without saying that the unparalleled voice of James Earl Jones as Mufasa giving life lessons to child brat, son Simba still resonates in our ears and simply, there’s no match for it. His echoing baritone voice uttering, “REMEMBER!” will forever remain as the one and the original.

But India knows, when our King of Romance speaks on screen, the wind blows, flowers bloom, the heart starts beating faster… give ear to his “Yaad rakhna!” and you will feel the thump inside!

The remake of the 1994 animated musical by Walt Disney Pictures casts in its original English version, Donald Glover as Simba, Beyoncé as Nala and Chiwetel Ejiofor as Scar in the lead characters.

Do share your reaction on how do you find SRK as Mufasa, a King to King connection… in the comments below.

25 Years of Baazigar- Alternate Ending, Choosing Shah Rukh and All Unknown Stories behind the Movie