A man was attacked and killed by a shark in a Cape Cod Beach. Terror prevails in the beach area. 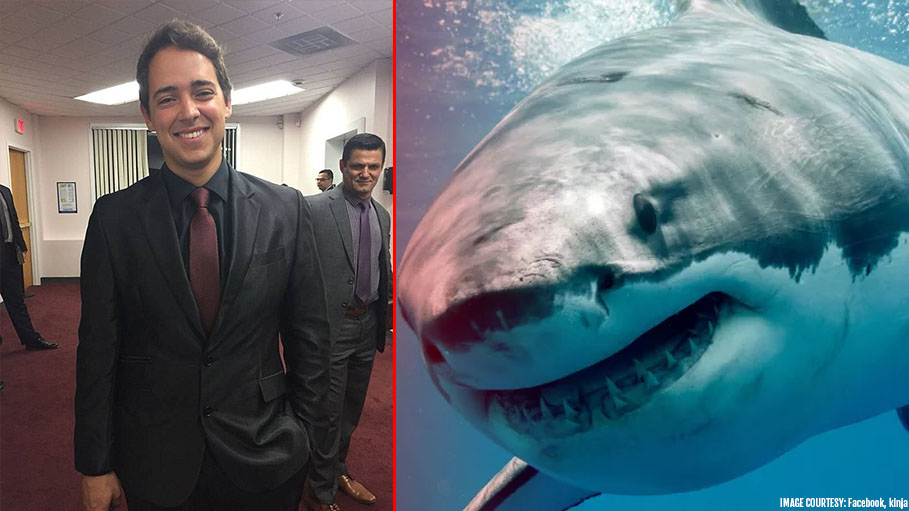 This Saturday was a bright sunny one for all beachgoers but the news of the shark attack cast a hailing shadow. A swimmer at a Cape Cod beach met his oblivion after he was attacked by the shark. As per sources, such fatal attack happened for the first time in the last 80 years history of Massachusetts.

The incident happened during the noontime when the swimmer was in the Newcomb Hollow Beach. As per the police statements, they found the details from some witnesses. The reports say that the victim and another person were boogie boarding somewhat 30 yards from the beach when the accident took place.

The identifying source was Cape and Islands Assistant District Attorney Tara Miltimore who confirmed that his name was Arthur Medici who was just 26, belonging to Revere, Massachusetts. Right after the attack, he was taken to Cape Cod Hospital in Hyannis. There he got his first aid and CPR but soon after he died.

The investigators got to know that he was a student of the Bunker Hill Community College. The sources revealed that Medici was an engineering transfer option major and he was enrolled as a part-time student in the spring session.

The acting deputy chief of Cape Cod National Seashore, Chris Hartsgrove said that the injuries on Medici’s body seem that he was attacked by a shark. The medical examiner is yet to determine the official cause of the death.

A Wellfleet resident and surfer, Robert Bessler said that the local surfer community is scared and staying away after the attack. Bessler said, “It's like being struck by lightning. You hear about it. It doesn't seem real. You kind of imagine it'll never be you." He said that the feeling of danger that is sinking hovering in all minds is real as once such incidents are caused there are possibilities of more. Bessler said that he himself has taken a week or two off from surfing and after the break, he would likely want to resume playing the sport. On seeking for a solution from his end, he said that there is apparently no solution and the situation is not something that can be controlled by humans. The water is the home of the shark and it is obvious they will be there. The humans are not exactly on their menu, but sometimes they do take a test bite to check if we are on that list. But that testing part of theirs is not very much a fortunate incident on our part. It is pretty devastating and the results are seen in the death of Arthur Medici.

Some of the experts say that the area is increasing in shark sighting due to the drastic increase in the seal population. Along with the sharks, the area is also the home of gray seals. This is not the first time that sharks attacked humans in the area. Though there were no fatal accidents before Arthur Medici. Last month, there was a report of a man being wounded by the shark. The accident occurred near the boundary of Cape Cod National Seashore in Truro. The 61-year-old man had suffered from puncture wounds after he was bitten by the shark. The reports said that there was hardly any chance of the accident as at the moment of occurrence the man was standing 30 yards offshore.

Before Arthur Medici, the fatal shark attack happened in 1936. The Florida Program for Shark Research at the Florida Museum of Natural History said that people dying of sharks are not common in this area. The director of the program, Gavin Naylor said that these kinds of attacks are “very rare”. In the summertime, it is very obvious that there are more people in the water. It is also a time, where animals remain more in water in search of food. Naylor has asked the people to stay out of water during dawn or dusk. Being alone in water is not recommended. He further mentioned that you can gauge the presence of sharks where there is a heavy presence of throngs of fishes and seals. These creatures will be seen jumping and moving if there are sharks nearby.

Officials say that warning messages are being displayed through signs and brochures to make sure all are aware of the problem. The officials of the beach have reportedly closed the beach for swimmers on Sunday. The officials said that basically, this is a natural thing. The swimmers cannot be banned from swimming for long and in the same way sharks cannot be banned from attack.