The shocking death of Indian silver screen icon Sridevi has left the whole nation mourning. She was only 54. And here I have for you few other shocking death occurrences of beautiful, young actresses that are still intriguing. 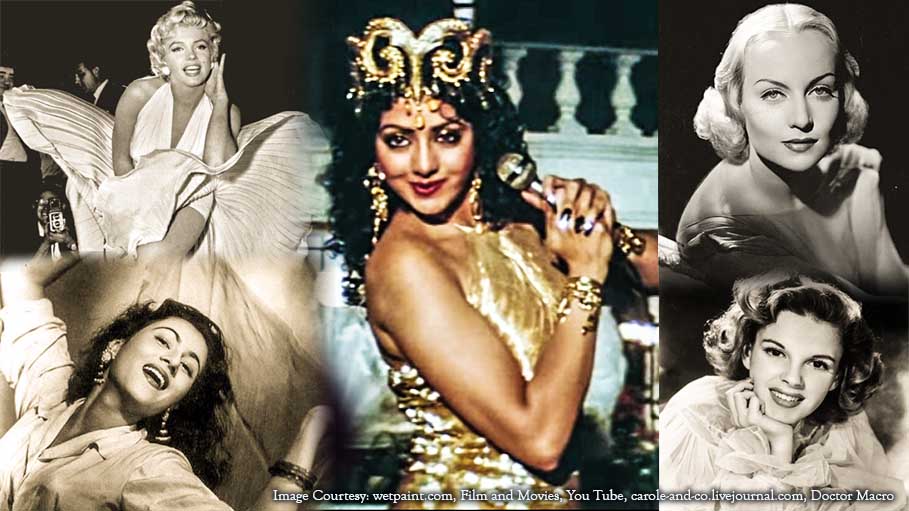 The shocking death of Indian silver screen icon Sridevi has left the whole nation mourning. She was only 54, successfully enjoying the second innings of her acting career and was still stunning as ever! Her presence will be deeply missed. And here I have for you few other shocking death occurrences of beautiful, young actresses that are still intriguing.

This generation might not be too familiar with her acting skills, but there’s no doubt that this diva is acknowledged as one of the foremost ‘sex symbols’ of the silver screen. The admirers of Sridevi’s beauty have surely followed this femme fatale too.

This American actress reigned during the 1950s and 60s era. Those red fuller lips, flirty looks, appealing curves made this blonde a burning desire in countless male hearts. The beauty was found dead in her Los Angeles residence in 1962.

She was lying on her bed, nude; as per reports all this happened due to drug overdose. And she was only 36!

Another Indian beauty, of nearly the same era had the most sudden and unexpected death. Known as the ‘Venus of Indian Cinema’ has been featured in several American magazines, including LIFE.

Frank Capra, the legendary Italian-American film director wanted to cast this talented stunner. As Sridevi is praised for her dancing skills, Madhubala’s classical Kathak moves in ‘Mughal-E-Azam’ have become a legend. Unfortunately, the fate had some other twists planned in her life’s screenplay.

She had a hole in her heart and at her time there was no treatment for this condition. Madhubala left the world in 1969, and coincidentally, she too, was only 36!

Another charming beauty from the 60s was not only a 60s star, but came into limelight since she was a lovely child. Judy Garland, the American singer-actress became the most popular face after her remarkable role play in ‘The Wizard of Oz’, 1939.

That wonderful, immortal song, “Somewhere over the rainbow…” had the voice of Judy Garland herself and was also picturized on her. Surprisingly, this American beauty shares amazing similarities with Marilyn Monroe and Madhubala both.

Her shocking death was also caused by drug overdose, same as Monroe. She passed away at the age of 47 and similar to Madhubala, the year was 1969!

Just as the Indian cinema will never forget Sridevi, the American film industry still remembers Carole Lombard. She’s remembered not only for her exceptional beauty, but for her choice of off-beat roles that made her the highest paid American actress of her time.

The silver screen queen of 1930s has been nominated for the Academy Awards and was the third wife of Hollywood king Clark Gable. The star of Hollywood’s classic cinema died in an aircrash near Nevada at 33! Shocking indeed.

Sridevi - The First ‘Superstar’ of Bollywood

Fans of Rajesh Khanna, the first superstar of Hindi cinema, definitely won’t mind, if we call Sridevi, the first ‘Superstar’ of Bollywood, being a female. Her energy, her beauty, her vivacity set her apart from other women leads of Indian cinema.

She broke the Indian cinema typecast of a female protagonist who always used to be portrayed as a soft, charming, rosy beauty and quite submissive. Her tomboyish role playing, statement break dance, amazing expressions are matchless! The way she romanced, the way she dressed, the way she looked, influenced a number of leading ladies of present film generation.

Her different take on films like ‘English Vinglish’, ‘Mom’ were highly appreciated and became blockbusters. We still can’t believe the Indian cinema icon is no more with us. RIP Sridevi. You will be missed!