She shared two side by side shots on her Insta handle that show her in two different states. These pictures were taken just three days apart. She did this to inform her trollers that she suffers from hormonal imbalance. 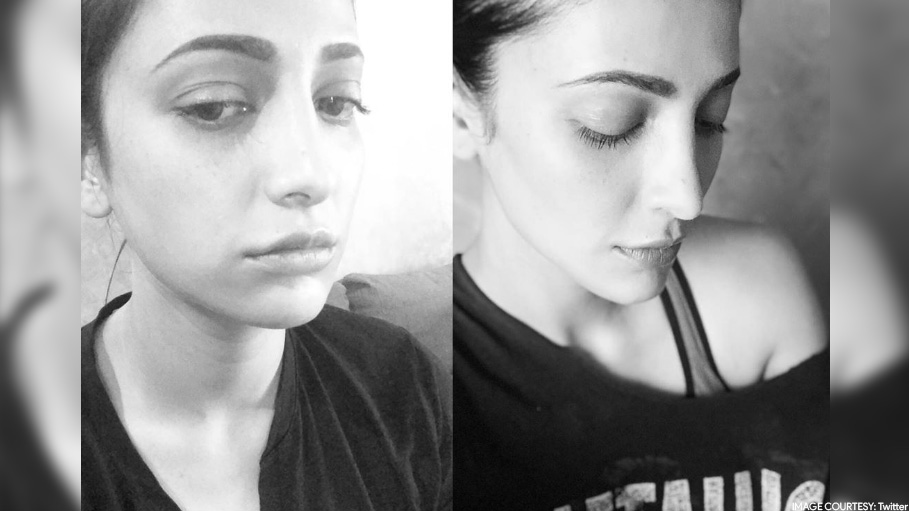 The comments were posted for the below picture.

After seeing the flow of impertinent comments, Shruti decided to tackle the trollers in the most appropriate way.

She shared two side by side shots on her Insta handle that show her in two different states. These pictures were taken just three days apart. She did this to inform her trollers that she suffers from hormonal imbalance.

She’s been dealing with this problem for years. She wrote, “Most often I am at the mercy of my hormones mentally and physically.” She explained that she’s worked hard to try and have a healthy relationship with it.

How often we witness public personalities being trolled over their appearance! Everyone is entitled to their personal opinions. That said, one can exercise this right in their own space. Being rude about someone’s physical appearance especially on a public platform where millions can view the comments is not cool.

Her post sends us a strong message that we need to practice some restraint while posting comments on social media platforms.

Some choose to ignore the ruthless comments albeit Shruti chose to enlighten her trollers about her medical condition. Shruti’s inspiring post will also resonate with thousands of women who experience similar hormonal changes.

The actress also revealed that she’s undergone plastic surgery. She wrote, “I’ve had plastic surgery which I’m not ashamed to admit. Do I promote it? No am I against it? No - it’s just how I choose to live. The biggest favour we can do for ourselves and others is just be and learn to accept the changes and the movement of our bodies and minds.”

Hope Shruti’s bold post on Insta would act as a deterrent to all those trollers who don’t think twice before indulging in abusive trolling. Her post was concluded on a warm note. She requested her followers to spread love, be chilled out and be more accepting of each other’s bodies including our own.

After Priyanka, Shruti Haasan Is All Set to Make Her American Debut with TV Series ‘Treadstone’